1st December 2017
<< Planned Unplanned Trip V Index
<< Deciding on the location and preparing for the trip
<< Day 1 & 2: Chennai to Hyderabad for Biryani and off to Aurangabad
>< Day 3: Exploring Ellora caves and change in plan
>> Day 4: Roaming in Indore and rest in Udaipur
>> Day 5: Roaming in Udaipur, pit-stop in Ajmer dharga, amazing street food and rest in Jaipur
>> Day 6 & 7: Roam in Jaipur, change in plan and left to Agra the next day
>> Day 8: Roaming in the magnificent Agra and leave to Delhi
>> Day 9: Plan to exit and roam in Delhi
>> Day 9 took me in to 10, with trouble parceling the bike by train and challenges at every turn. Best experience.

With Ellora opening at 9 am, got up a little late and was out of my room by 8:30 am. It was a beautiful ride to Ellora caves with the later part in Ghat roads. The main entrance goes straight to cave# 16, which is the Kailasha temple, just the first sight wowed me. Holding on to my temptation, I went to Cave# 1 and started from there. 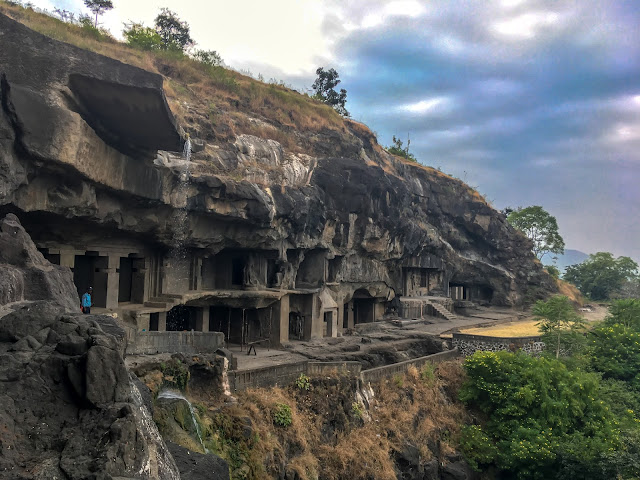 A friendly person working there wanted to explain me about the history. He was almost singing than talking. I could understand a word or two here and there with my immense knowledge in Hindi. Later the friendly person asked for money, all this singing was to make money which was not upfront. I would suggest you carry a torch with you to see in these caves.

I found Cave# 10 was notable. The interior was very close to Karla caves near Lonavala, Maharastra 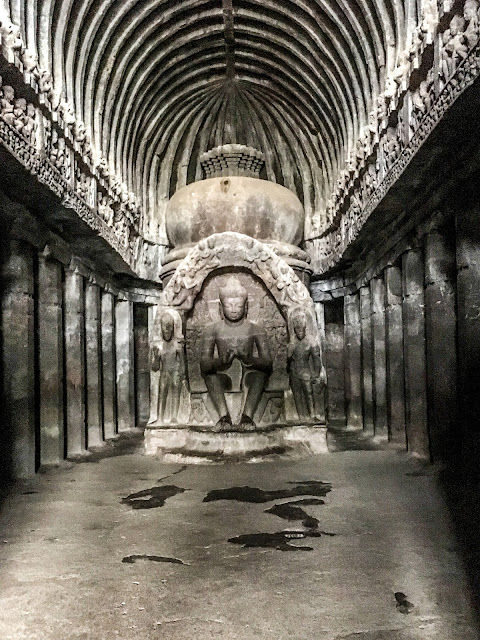 Then came cave# 11 and 12 which were also larger caves compared to the rest. 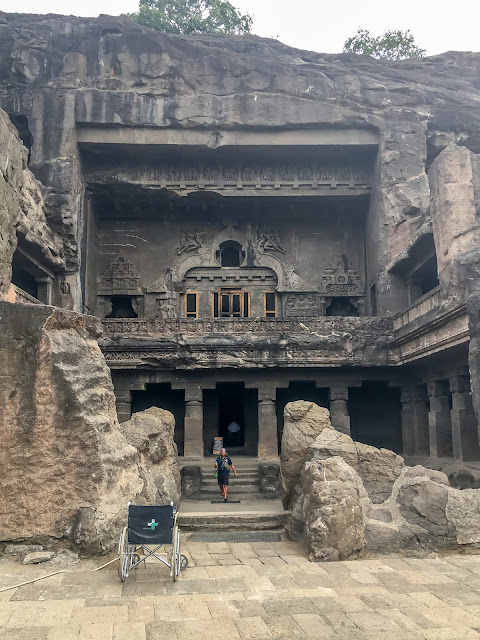 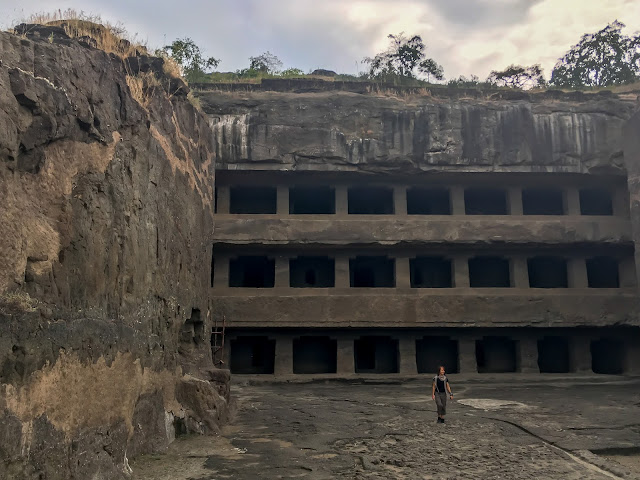 Was very impressive, then came to cave # 16. Man-o-man. Just looking at this place raised a 1000 questions.

Went in and the guard had let me go in to the sanctum and sit there for a while. Sat inside for about 10 min. Again was baffled by the construction and the detailing. It sprains your brain to think all this was carved from a single stone. Was just flabbergasted.

This was a view from within the temple complex. 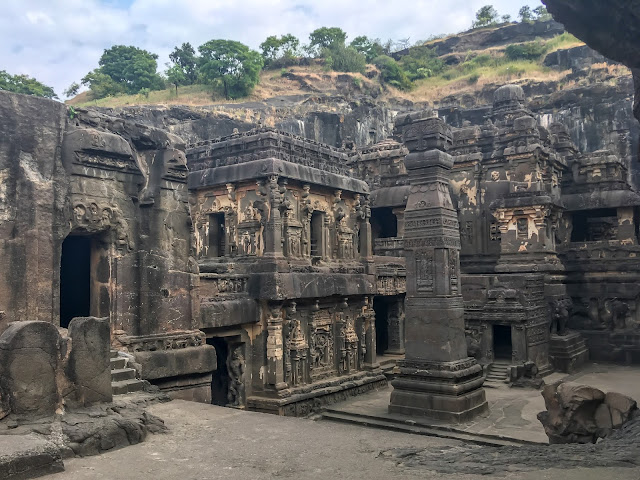 I felt like seething this magnificent marvel from the top, so climbed around the temple complex to catch this mind numbing view. Just thinking all of this was built from one stone, rooms - inside out. 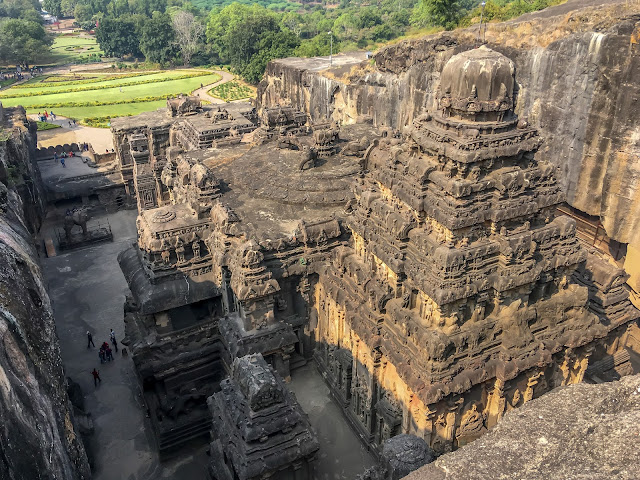 From Cave# 16 onward, there not much people to be seen, and there was no passage after cave# 27.

Ellora was done by 12:30 pm. With Ajanta out of the list, I still had the day left and the room already booked for the night.

I had to skip and move on. During a break in a nice view on the way, met a guy who was selling books. He also had road atlas. Was checking the routes from Aurangabad. Took a photo so  that it will help be with better roads. Decided to go to Indore for the day and proceed from there. 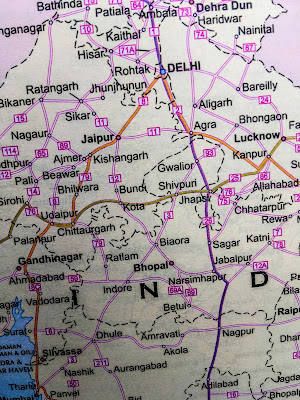 Started from Aurangabad at 3:15 pm. Had an early dinner on the way, roti with Fish. The road was much better, but not perfect. Covered 410 km, reached Indore by 10:30 pm. Starting with the same drill of finding a room. Settled with a light dinner and called it a day.