Solo Trip to Tiruvandrum Beaches - Water only Travel By Vasu 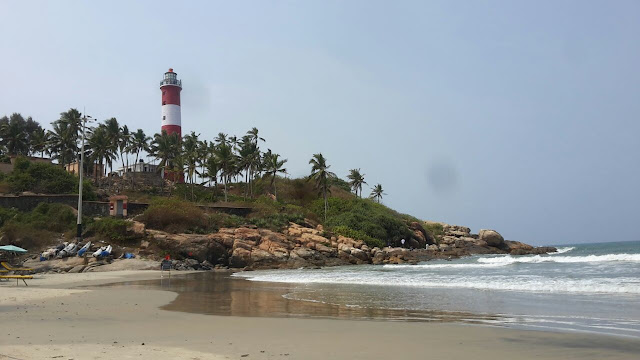 Think before you start reading.

Yes, you read the title right, this whole trip I only had water and did not have any food. After reading the title don’t think I am a loosu payan and all.. I just want to check my health condition without taking food for a few of days. I want to understand how my body behaves with no food intake for a few days following a water only fast.

Three days leave was approaching, everyone started asking me engaium polaya. Earlier I planned to go on a outing with my travel buddy. But close to end of the week he revealed that he is going to change his marital status from single to mingle (engaged). Ivanum poitana Apo ootyku thaniya than ponuma dialogue came to mind.

My parents went to my sis home in the begin of the week, they forced me to join with them but how these days young ppl will join in family occasions 😉 , so I decided  to stay in my home.

Day 1: Deciding on the location and getting started

Friday morning I got calls frm my frnds.. 'enna ma veliya polaya'. These kind of words Usupeathing (induce) me to go out and I realized anyways no soru for three days in my house.

Around 11.30 am I decided to go somewhere in South Kerela and I checked the famous Indian IRCTC website for south side trains and I booked Chennai to Trivandrum mail 3.20pm with waiting list. Yen ivan andha oora ah choose pana ?? My Pankali Maari (friend) had been there for 2 days. He suggested its a kind of good place for solo trip. Here is his write-up.

I received a message from IRCTC that my ticket is confirmed S12-RAC 71 last person of  reserved candidate in that train and I deserved it.

I bought 1 litr water bottle for entire journey and boarded into train, when I entered the train everyone stared at me like a low rank holder guy in school.. ennaa RAC ah..

But its horrible to sit there near to toilet..and I booked my return train tkt for next day.

Landed safely in Triavandrum with help of one ltr water. And I bought another 1 liter bottle. From station to Padhmanaba temple its around 1km I walked and reached the temple. Everyone inside the temple were in dhotti. So I refused to enter the temple and salute him from the front gate and he wished me - stay blessed.

Next move to Kovalam beach, from Kovalam jn to beach hardly 3kms I walked from the junction and reach the fisher man area , Kovalam beach, Vizhinjam beach and Light house.. such a beautiful place with girls all around. 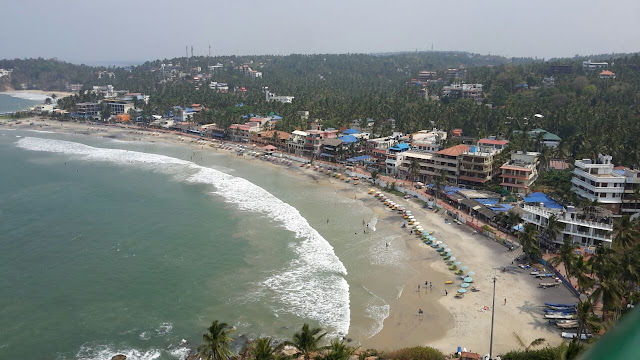 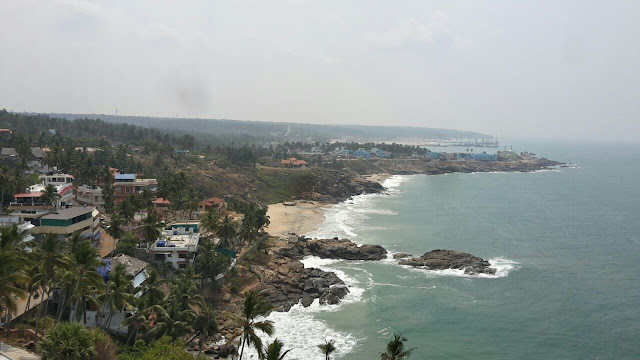 And foreigners in bikini suits. Some sensor cuts also happened. But Only for watching..

I don't have dslr and the mobile cam front glass got a prblm. But I want to take photos. With help of knife I removed the glass and fixed it, you know I am a mechanical engineer I can do anything like kautham menon movie.. and took some average snaps..some what I was compromised .. Nala Kadal la kulichetu and I entered into the light house

Loved to see the views of beach

Then I started to walk to Kovalam jn but google doesn't support the navigation and reached azhakulam jn almost 4kms I walked extra.. I asked so many people for the route and km but they said like dho km dialogue frm dheeran movie.

Got into bus and fully wet,  everyone looked at me unknowingly and simply sat down in one seat.. Oorama irudhutu poiruvomnu nenaichen. But co passenger didn't allow me to sit as a single.

Reached trivandrum eppdiyo and I got a train to Varkala beach since its unreserved coach I boarded before train stops and occupied few seats. Since I had plenty of experience in foot boarding its easy for me.romba length pogutho ok.

Then I gave a placee to one malayali girl and she helped me to get down in varkala station,  in that 1 hr journey  I forgot to ask her name too.. ipo puriuthu thats y am single and going this kind of solo trip..

Reached varkala station. From station to beach 3 kms whn I asked for the route people around there told me get into the auto but I walked directly to beach in mid of sun burning. Varkala an amazing beach have wondering topography something its different. Nice to see beach in that elevation level.. 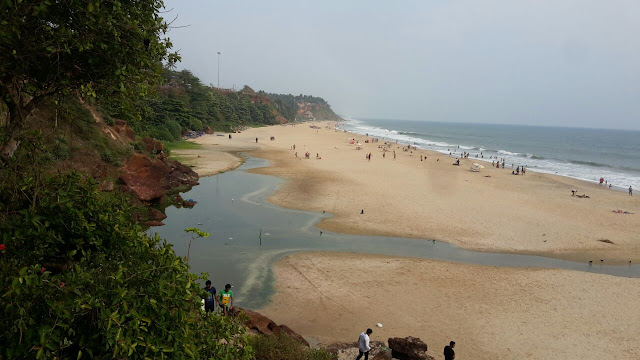 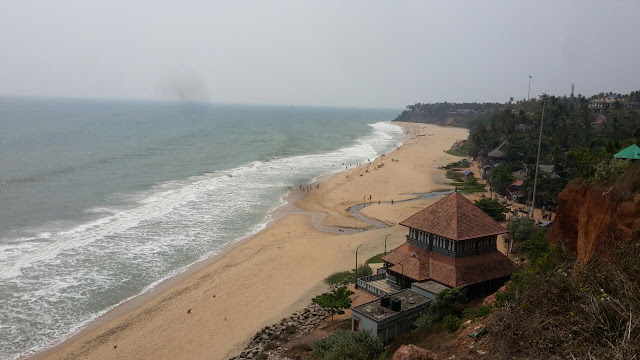 As same like Kovalam beach but here I could see more of families and foreigners and crazy girls.. I walked twice from start to end and swim taking rest and done the same for while. When I had to get into sea, my bag got to be alone and I had to look at my bag only not even the waves. So got so many slap from the waves. Namaku bag than mukkiyam.. 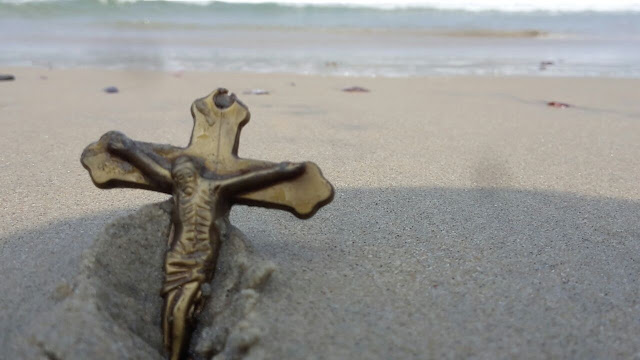 But enjoyed lot and started to roam in beach side shops for window shopping.. varkala night life its something different I wonder like is  it India!?. it look like western country which I have seen in English movies. Stalls with delicious food ever where of the sides but controlled my mouth drunk water.

In the mid of way I got a msg from IRCTC my return ticket is confirmed this time no RAC but Seat no is 70.. Same kind of journey again.. ridiculous

Then I started to walk towards railway st and I reached edawa beach OMG again I drown into beach because of poor map reading skills.my train in Trivandrum 8.20 but current time is 7.20 totally tangled, I decided to catch the train in Kollam jn. and I widened my foot steps stretched my level and walked to reach the varkala station.. its 6 kms walk mudiyala da samy.. Oru auto and bus kooda ila andha route la ..

I felt the pain in my legs and got a train to Kollam jn reached around 8.40pm. train will fly on the same jn it came @ 9.20pm

Boarded and had a nice sleep..

Day 3: Back to routine

Thanks for reading my mokkiais, during this trip I had 4 litre rail water only and I walked 32+kms entire trip. 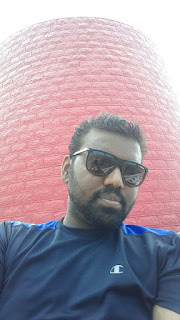