Day 6 & 7: Roaming in Jaipur and left to Agra the next day

2nd December 2017
<< Planned Unplanned Trip V Index
<< Deciding on the location and preparing for the trip
<< Day 1 & 2: Chennai to Hyderabad for Biryani and off to Aurangabad
<< Day 3: Exploring Ellora caves and change in plan
<< Day 4: Roaming in Indore and rest in Udaipur
<< Day 5: Roaming in Udaipur, pit-stop in Ajmer dharga, amazing street food and rest in Jaipur
>< Day 6 & 7: Roam in Jaipur, change in plan and left to Agra the next day
>> Day 8: Roaming in the magnificent Agra and leave to Delhi
>> Day 9: Plan to exit and roam in Delhi
>> Day 9 took me in to 10, with trouble parceling the bike by train and challenges at every turn. Best experience.

Started from my room at 8:20 am. Made it to Amer fort. Just a massive fort, like it had grown from the mountains itself. Just beautiful from every angle and closer you get, your jaw just drops. 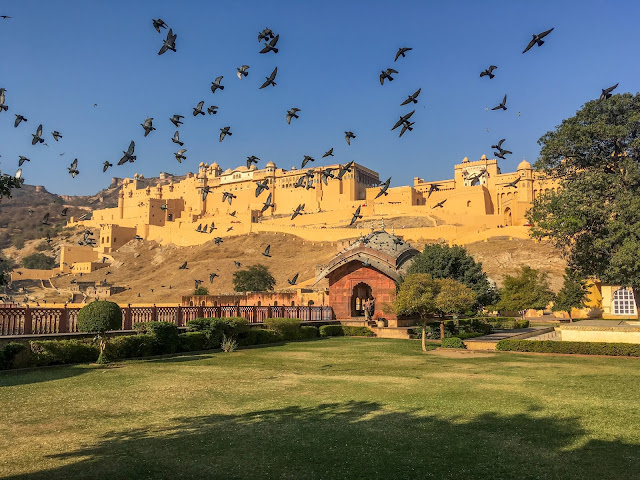 I was not sure if I can cover the complete fort myself, took a guide. He charged Rs. 200. He did a decent job.

Saw the fort. Jodha palace, place of Jodha bhai before she married Akbar.

Next was Jaigarh, on the way back. 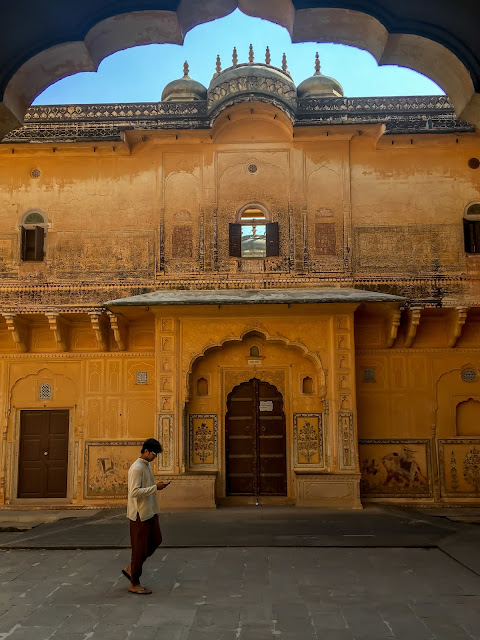 After that went to Nahargar fort, which has Jaivana, the world’s largest canon on wheels (As said). Weighing about 50 tones and would need 110kg of fire power to operate. On its test run, was able to project the projectile to 40 km. It was not used after that. 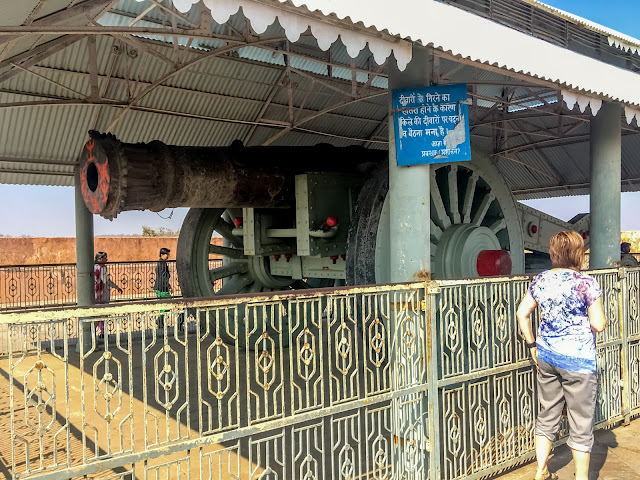 Back to the city, next stop was Jaipur City palace, which was more like a commercial center and the whole courtyard rented out for a party. I was not impressed by this place and commotion around. 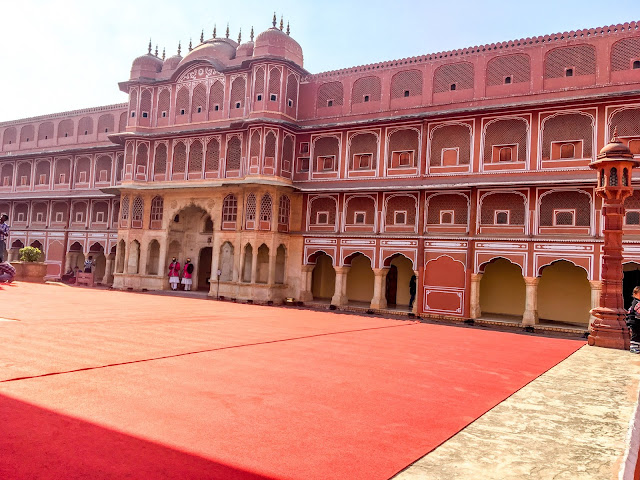 Next was Janthar Manthar. If someone had built it now, he will be a fool, back then, he is a real genius. The knowledge we had then, makes us small when all that we have now. 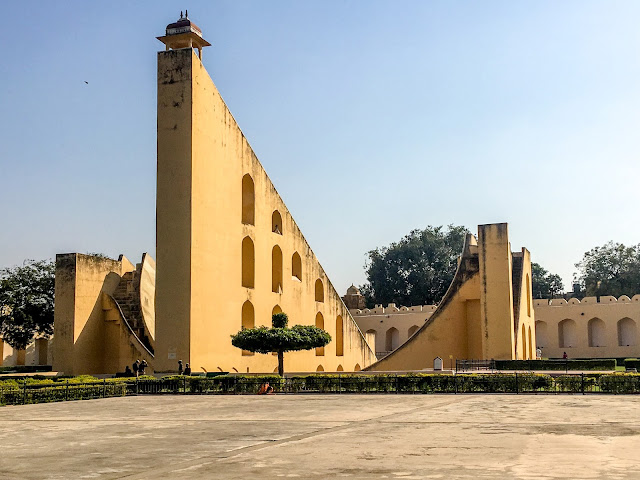 Followed by the Hawa Mahal. Which was more of a market place than anyone can look at it as a heritage building with all the buzz around. 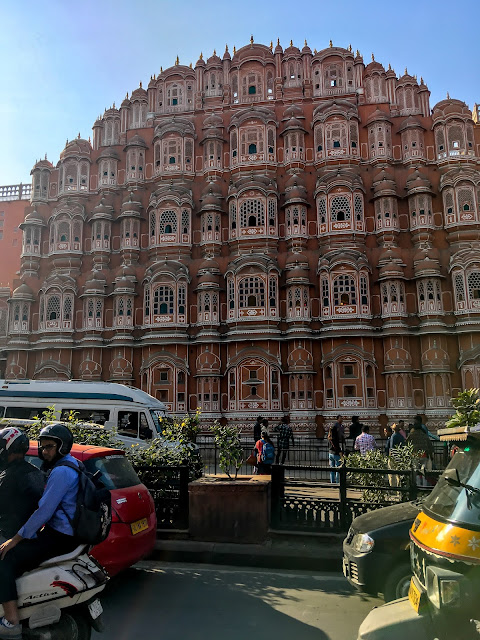 Was done by 4 pm and it was time to taste some local food. Roamed around for kilometers. Reached a busy junction and an array of street food vendors. Had some chat (don't remember the names now :P) followed by some nice kulfi.
My next day plan was Agra, came to know that Taj Mahal will be closed on Fridays. It will not make any sense to go to Agra today, I decided to stay in Jaipur and go to Agra on Friday.
Addicted by Dhaal batti, was searching for a place to get. Spent hours on it and finally made it to a Thali house in Sindhi camp, where they did have Dhaal batti. Got a parcel along with aalu paratha and lassi. Went back to room, finished everything along with some greens, which you can get in Rajastan, with more space in my stomach, ordered one more side, Jaisalmer Laal maas, online and finished that too. Still mouthwatering while writing this.

Had a very late start with nothing to do for the day, but just to go to Agra. Started from Jaipur at 12:20 pm. Took a lunch break in between and made it to Agra at 4:40 pm.
Took some rest and next is to find a place to eat something local. Again asking around, found a pretty busy take away place with few tables to sit out. Got some kakabs and had to go back and order a biryani by not able to resist my temptation. Food was great. Called it a day and hit the sack at 10:30 pm.