4th December 2014
Got up at 2:30 am. Had a hangover, turned off the alarm set for 5 and went back to bed. I cannot go around with a hangover.
Got up at 8:10. Same tea shop. Came back to the room, was feeling lazy, very little to do for  the day. Cover the places on the way to Pollachi. Reach Coimbatore and sit ideal.
Nah.
Change in plan. I cannot waste a day. I cannot go easy on me 😉
Decided not to go back to Pollachi, instead go the other way. To check Athirapally water falls. This was on the list, but did not want to risk travelling 84KM. Have a whole day, why not take the risk 😉
Got my energy back. Fixed to jump out at 9. Made it out by 9. Vacated the room. The guy in the reception warned me about wild animals on the way. Yea, would like to take good photos with them in 😀
Started and this was the way crossing Solaiyar Dam. This will take me in to Kerala. 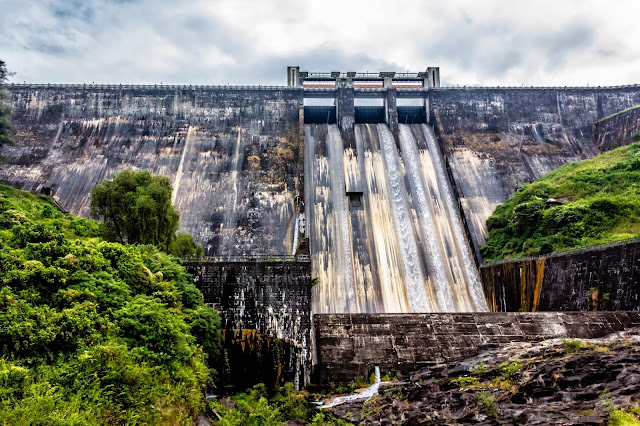 The road was all good until I crossed Tamil Nadu border. Then the same problem, the road was horrible. Reached the Kerala side of the check post. They gave me a slip to handover at the other side check-post.
It was a very tough ride. Then the road was getting better. 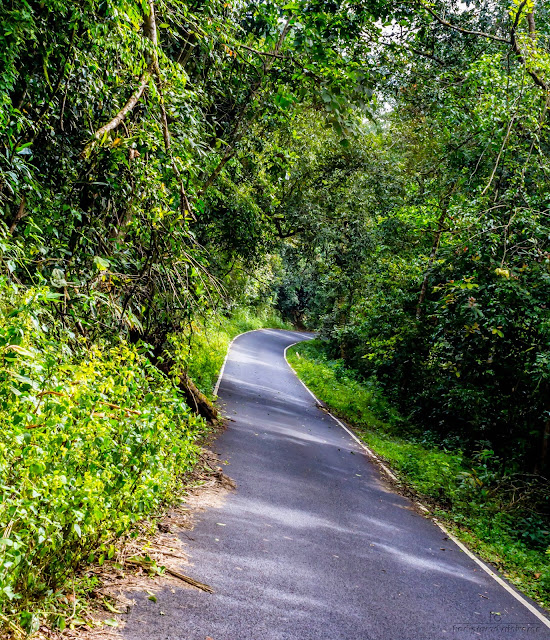 Did spot some wild animal activity on the route. But was not fortunate to see any 🙁 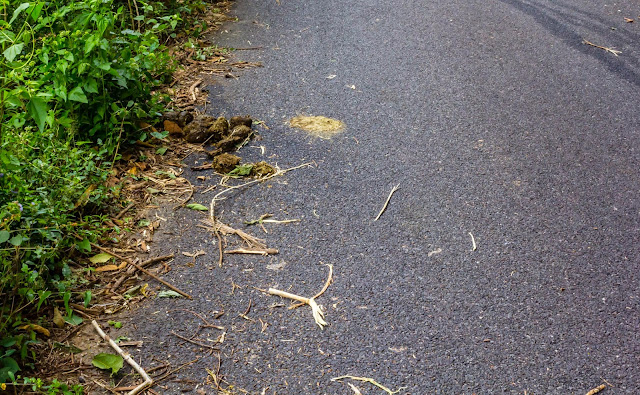 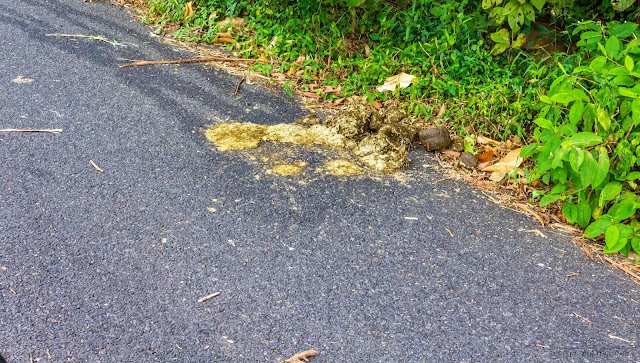 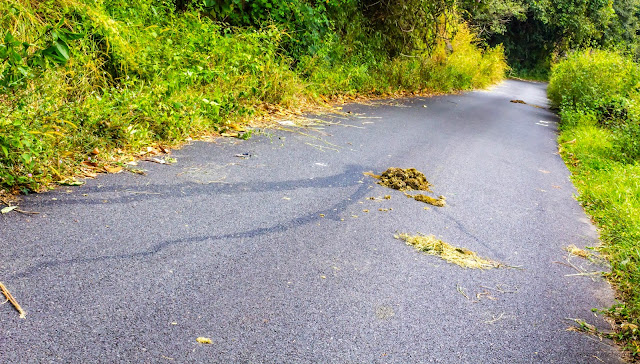 Few more pictures on the way, Charpa falls. All the while all alone. 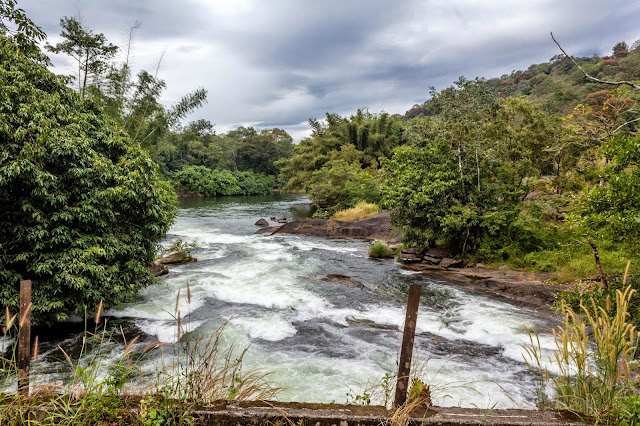 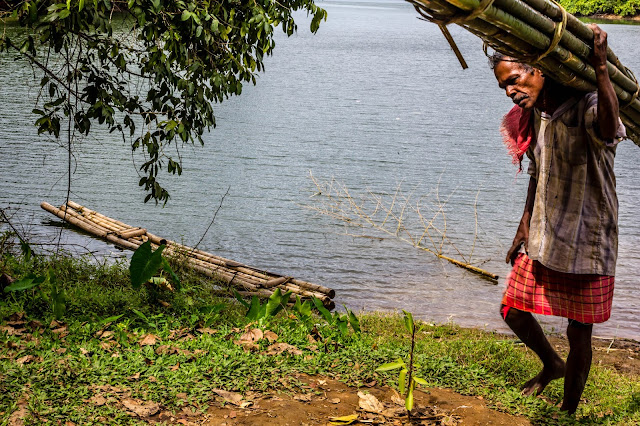 Troy, there you go. A picture of me in it. 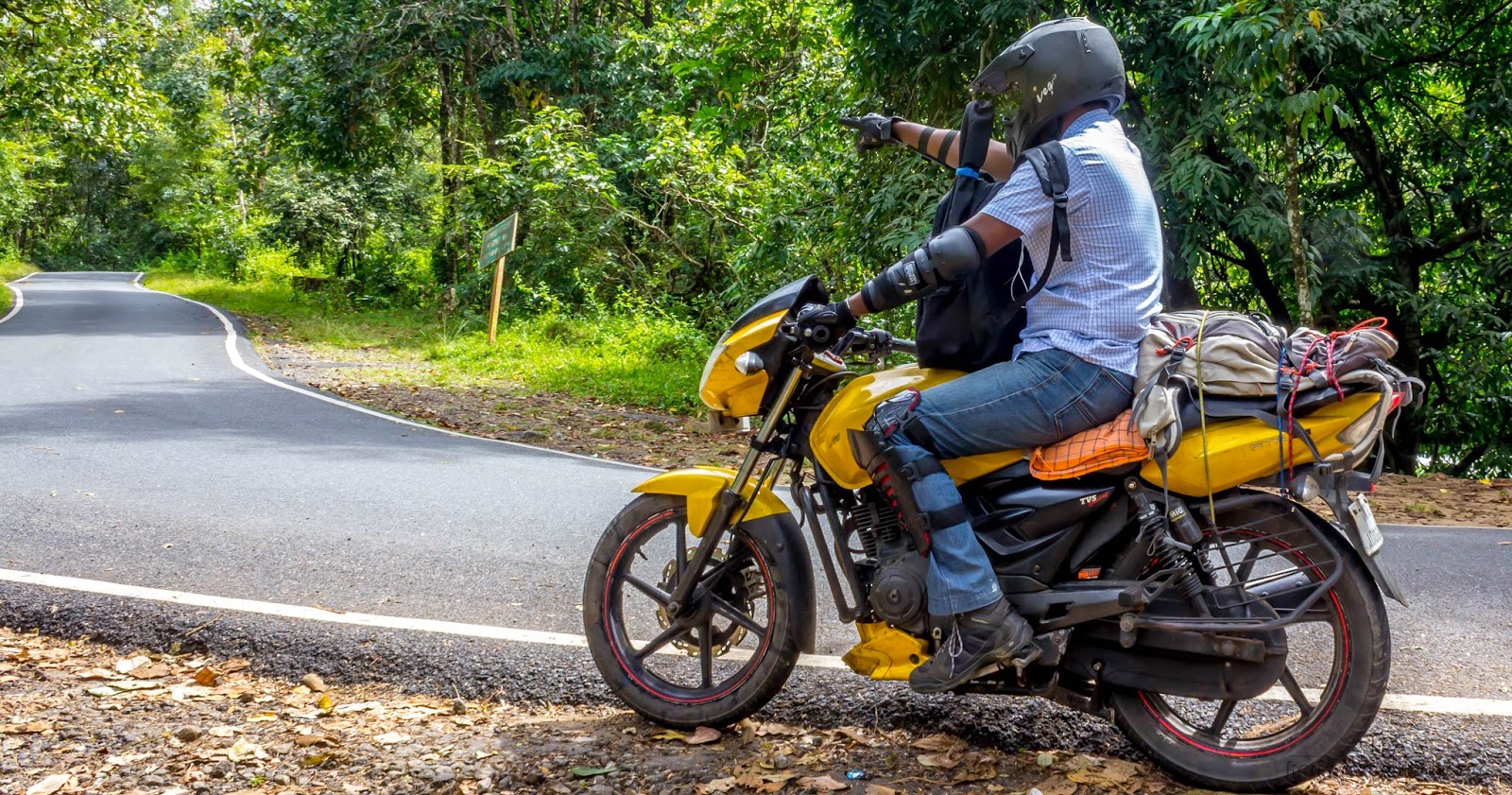 Not the best shirt on (First comment after wearing this shirt). Still cannot give up on this shirt, better than a Donald Duck formals 😀
Next stop was a Vazhachal. This was 6 km before Athirapally. Right before this was the check-post where the slip had to be given to mark the passage. It was a long ride. 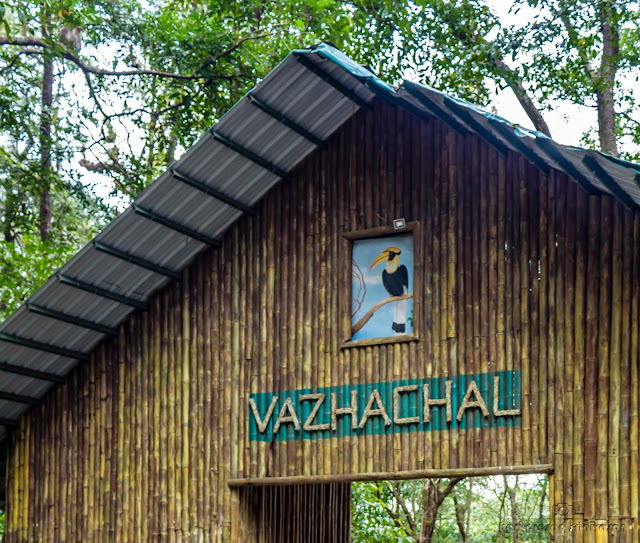 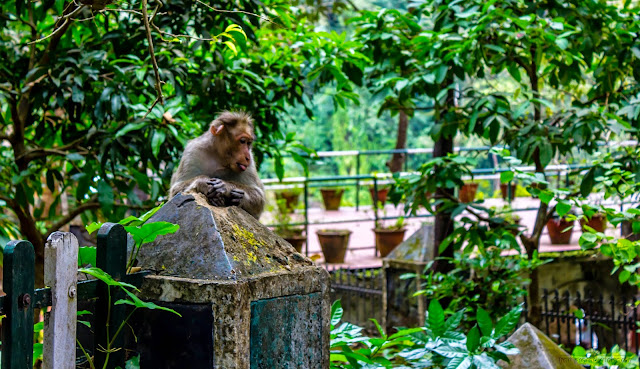 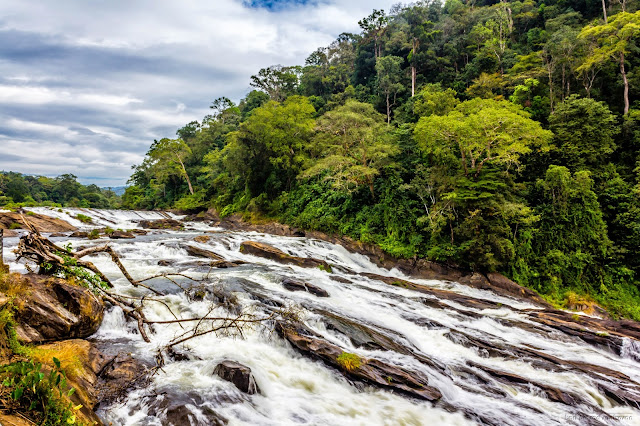 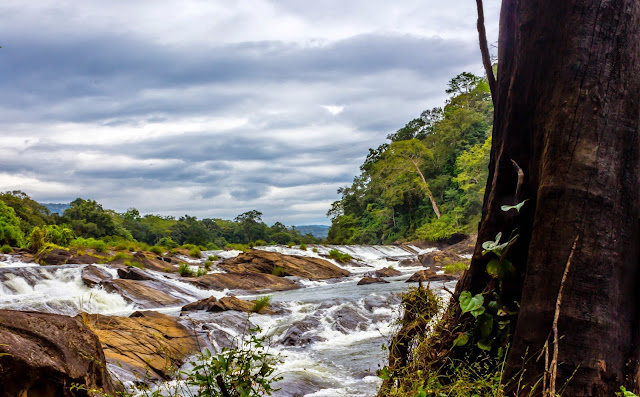 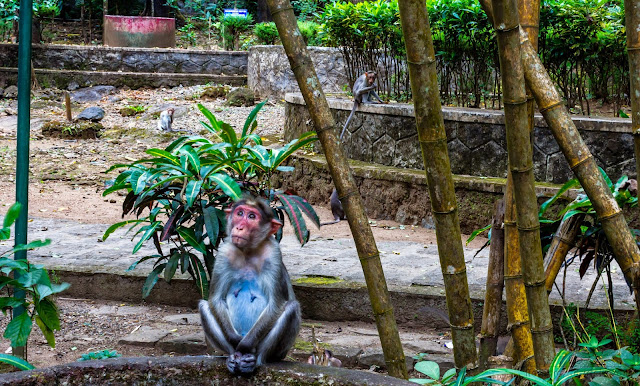 Now to the Athirapally water falls, which became famous after Punnagai mannan.

To the top of the falls was a decent want, to the bottom took more effort 😉

From  the top of the water falls. 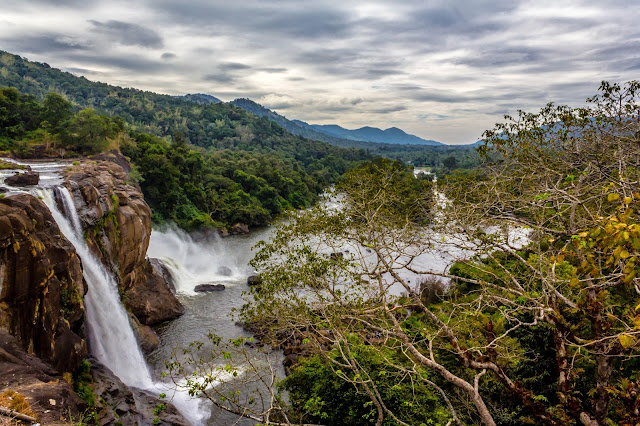 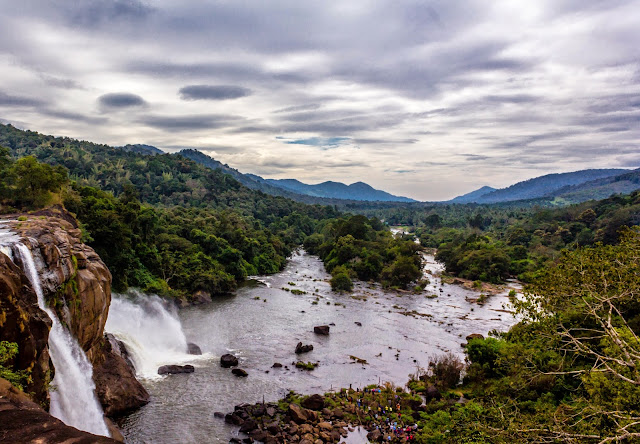 Here was the view from the bottom of  the falls. It was majestic. Tried different exposure to change the texture of the water. 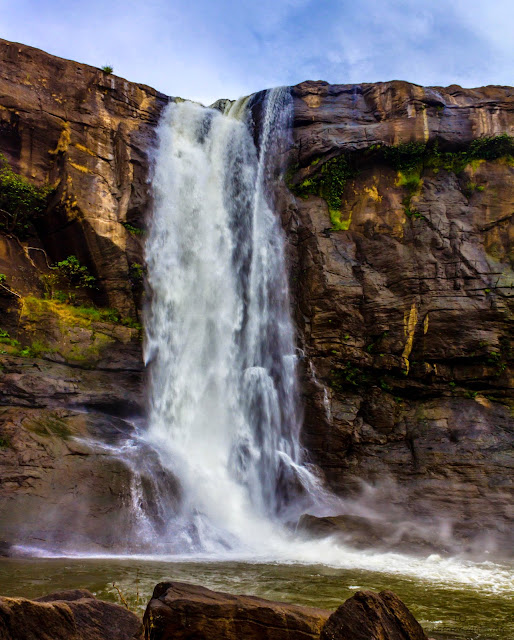 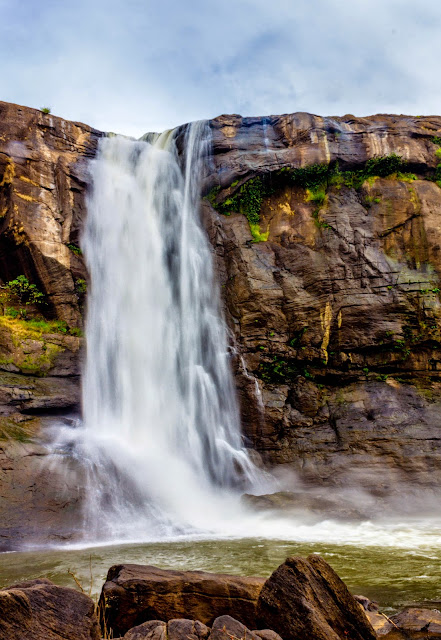 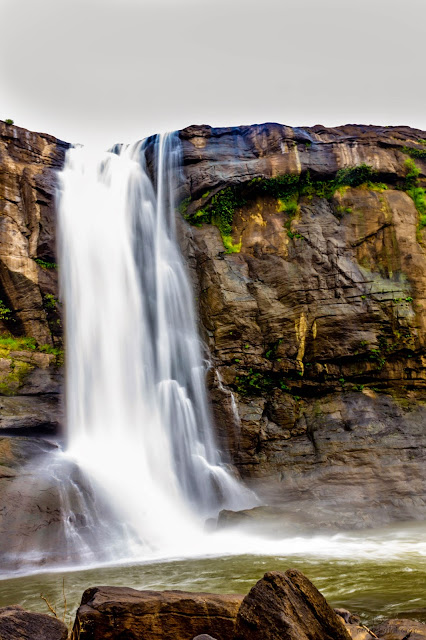 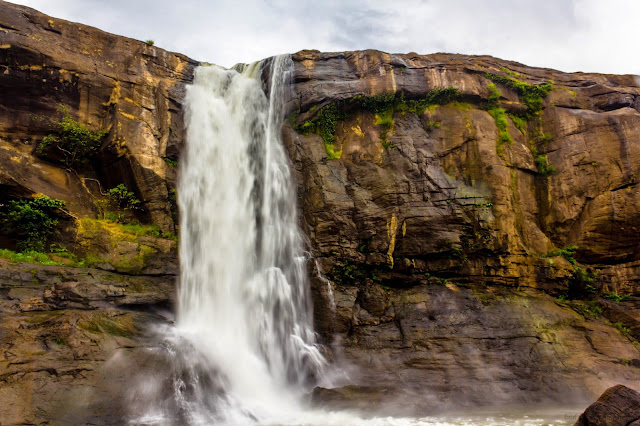 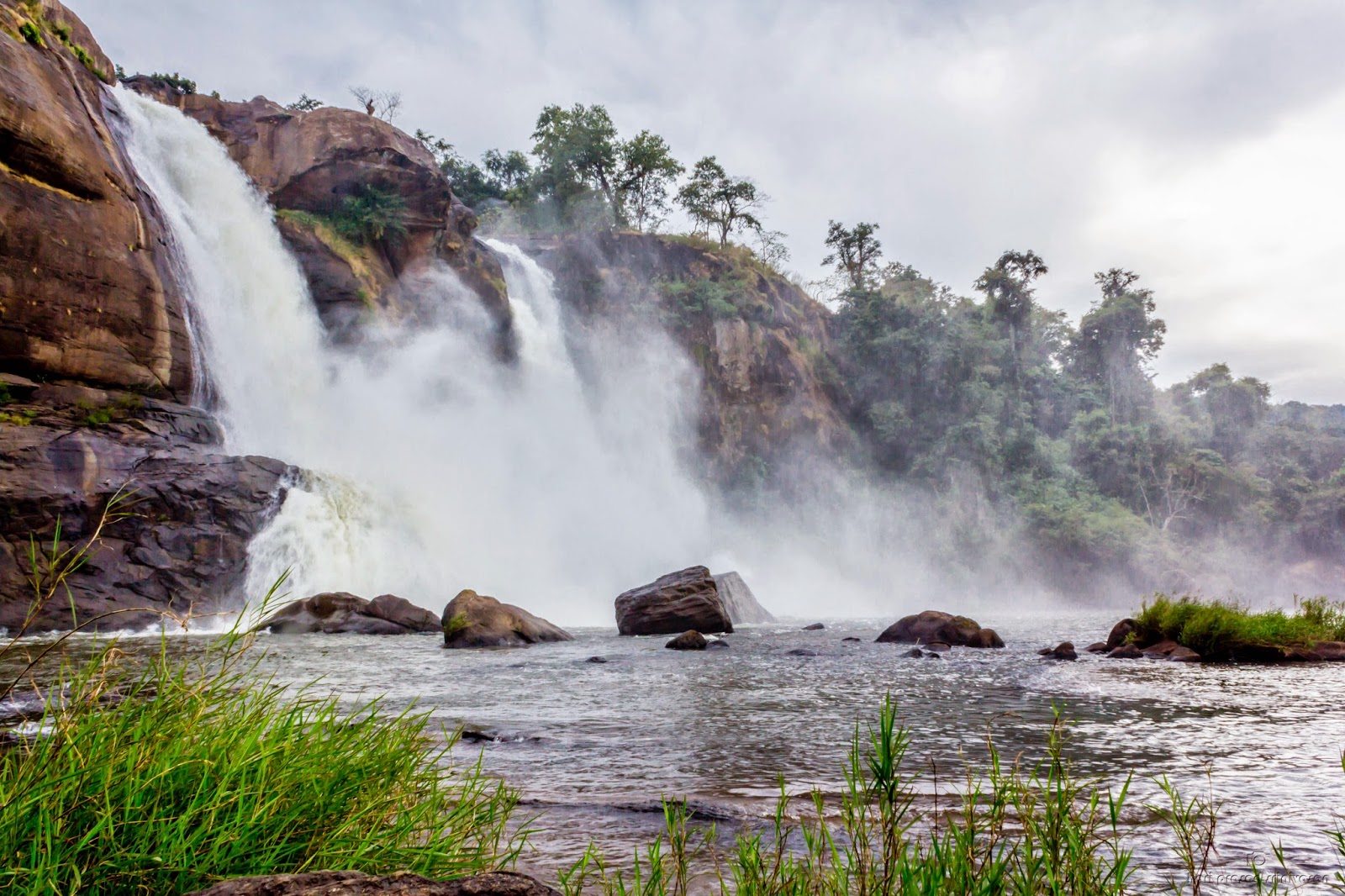 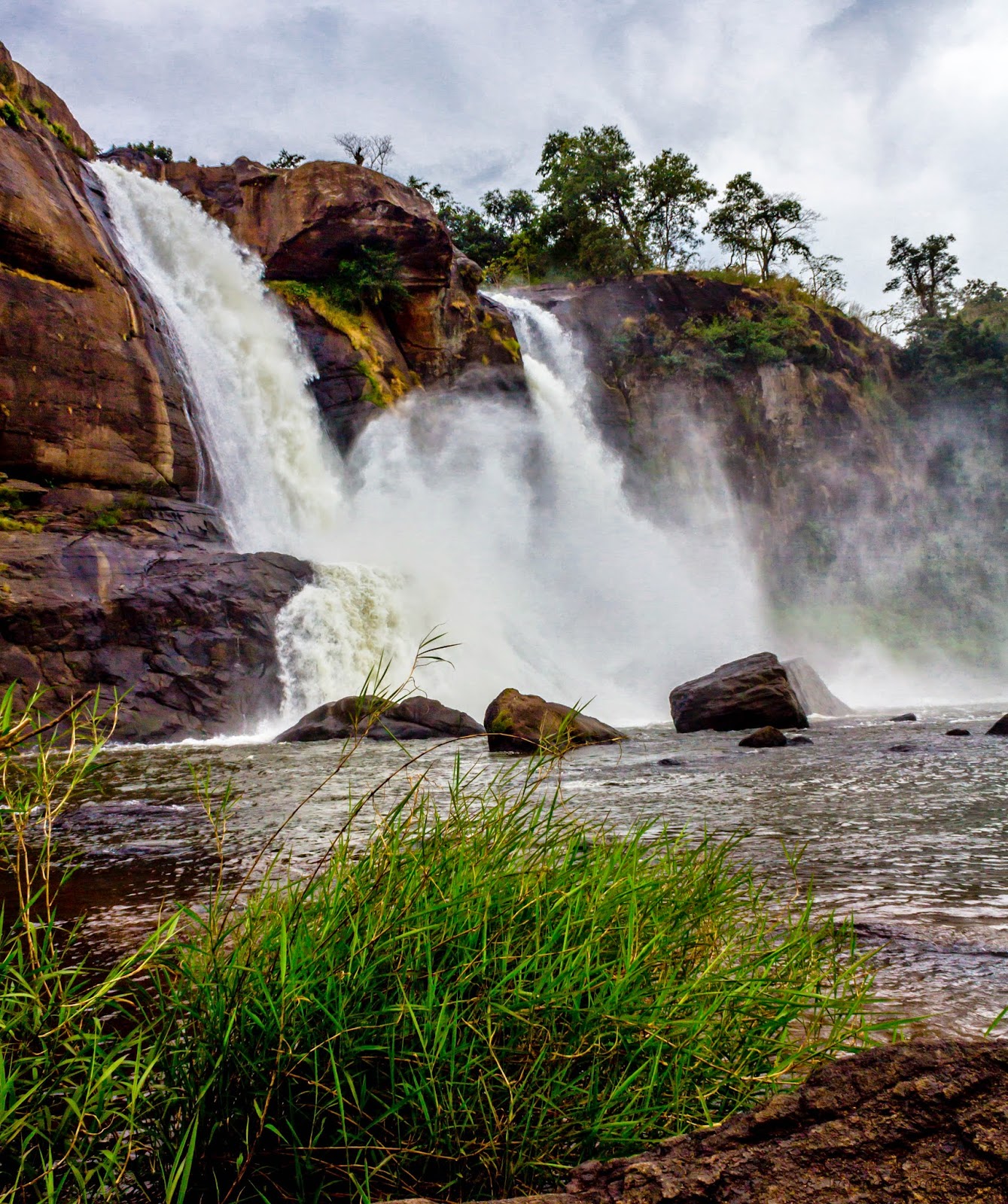 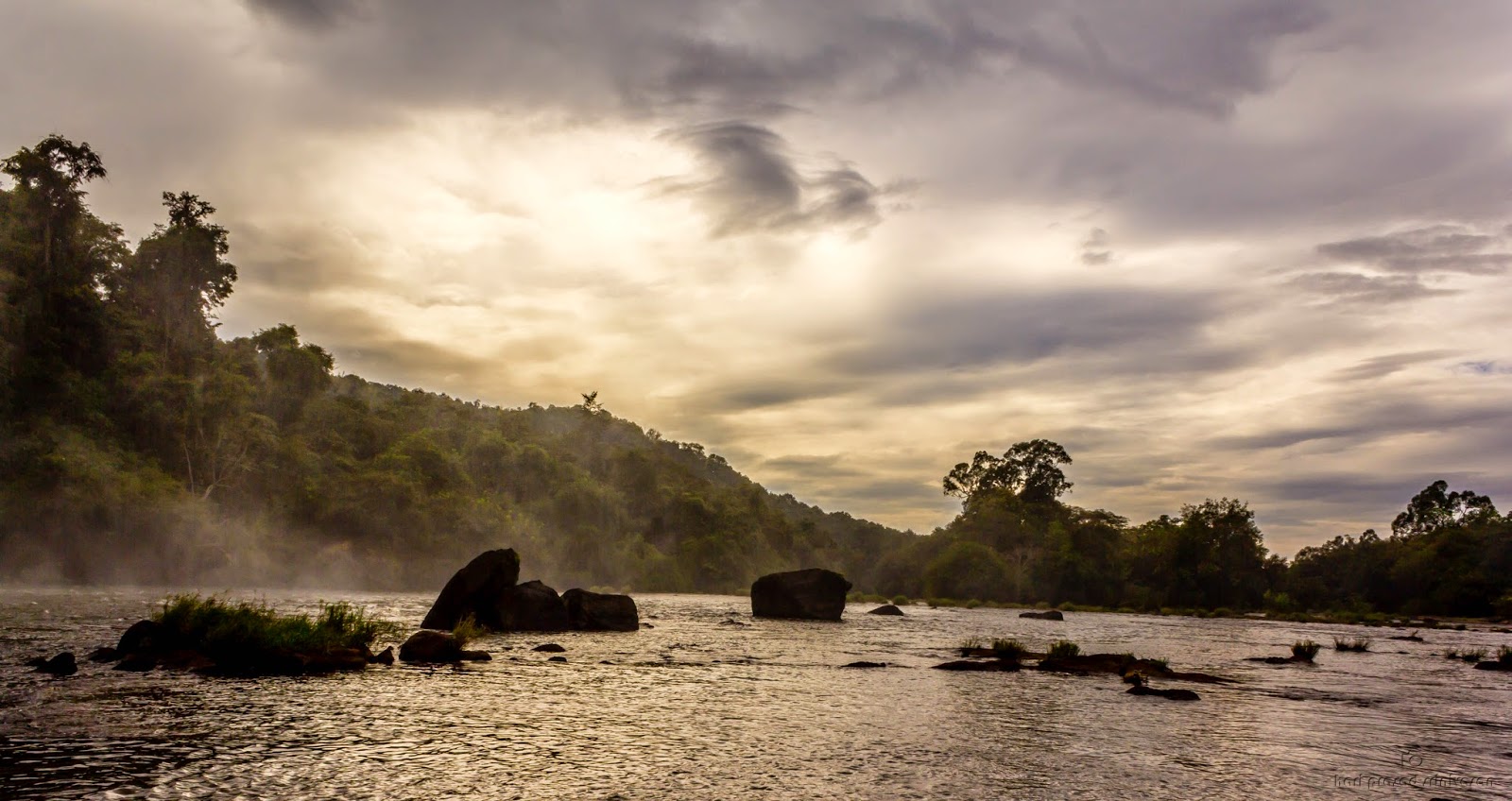 All 84km was worth it to be standing here.
It was about 3 pm and I did not have anything to eat the whole day. Athirally excitement was over and other priorities kicked in.
Need to eat something. Need to make it to Coimbatore by 8 pm to put my bike back in to the train. My train was at 10:40 pm.
Found a lonely road side shop. Selection criteria met ;). You can see the smoke.
Settled for lunch.

It was a long way to Coimbatore. Had to cross Chalakkudy, Trissur, Palakad to reach Coimbatore. This a longer route than to go via Valparai - Pollachi. Still did not want to risk the gravel road and night time ghat ride when I need to make it to the train on time.
Did things go all well.. Well..
All was well until Trissur. No complaints. After 4 days of riding, left shoulder started to pain. Stopped to spray some pain relief spray. Saw a white board version of the Tamil Nadu Green board shop 😀 in Trissur. Was tempted to taste some organic health drink. Just had a glass to wet my taste buds.
Now the fun part began 🙂
After Trissur, the road was under construction. This is the NH47. To make things worst. The tyre was again loosing pressure 🙂
Checked pressure on the first petrol bunk I can ride in to. The pressure was 24 psi 🙁 Filled it till 35 PSI and was all frustrated. It was a Sunday, no way I can find a puncture shop.
After 30km, checked again, it was 27 psi. All this on my way to end this trip. Time was running out. It was dark already. One good news it, the pressure was loosing slowly.
I decided to check pressure in every fourth pertol bunk I can find. The road was till very bad. Horrible.
In the third petrol bunk, the count was 22psi.
The last check was a petrol bunk 30 km before Coimbatore and the pressure was 35 psi. WHAT!!
Only assumption I can make was, the problem could have been with the tube mouth. Again, I assume it got fixed by itself  the last time I checked the pressure.
The same feel. The same bike, the same ride. It was better. Was able to appreciate the ride and the comfort. Did not even think of the bank pain.
It was a 167 km ride from Athirally to Coimbatore. If I had not landed in this problem with the tyre, the ride would have been just another one and I would have had other things to complain. With the tyre problem in, all other seemed to be nothing. If it was not for the tyre problem, I would have been cribbing about the road or the dust or our ruthless high beam riders. All these went unnoticed as there was something bigger to cover them all. Life time lesson.
Reached Coimbatore railway station parcel section sharp at 7:58 pm. On time.
Got the bike packed. Here the deal was, Rs. 400 to have the bike packed and I would pay for the railway charge. Fare enough. 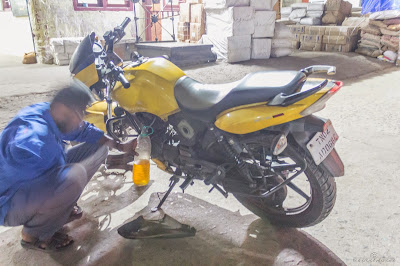 But this time the railway charge ripped me off.
The charge was not Rs. 350 this time. It was Rs. 935 🙁
In total paid more for the return than the onwards journey. The good news is, the additional amount I spent was only Rs.400. if it was Chennai, they would have ripped me of another Rs. 800 or Rs. 900.
All came to an end.
Went out. Had dinner. Got some chips for home. Got on the train, stretched and laid as a log.
Reached Chennai on time. The offloading and gate pass was Rs. 200 here (Coimbatore was Rs. 100). 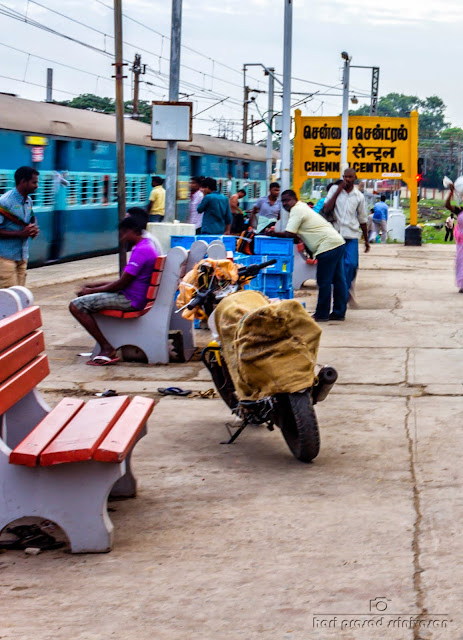 Made this year trip larger than last years. Added bike to the equation and photography gave me company all the while.
In total travelled 704km for those 4 days. Could not have packed all the places I went to, if I had not been on my bike. It made this years trip larger than last year. First time tried landscape. It would not have been possible without the 18-55 lens Ramesh lended me.
I was happy to get lost. Nothing planned to do next, but hundred things possibly I can do next. All will flow in to place as time passes. Traveling alone lets you explore places and try things not possible when traveling with others. You stop when someone else might push you and you push when someone else might stop you.
Most importantly. It lets you explore yourself and know you a little better than what you had 🙂
Before Day 4