Day 2 Pollachi to Valparai with a flat tyre Bike Ride

4th December 2014
Avalanche lake to Top slip or Valparai (184km or 212 km):
It was dark already, the road was good. Only problem, my headlight would point to the left than to the center. This was after the accident in 2011. Was not bad, still was not easy to concentrate as the light was towards the left. Pollachi to Valparai was a 65 km ride. 25 km was on the plain, 40 km was uphill. The mountain range starts after crossing Aliyar Dam. Reminded me of Manjolai from the first planned unplanned trip.
It was pitch black. After crossing the forest check post, started the up hill journey. First warning, 'Next petrol bunk only after 40 km'. IMO, this sign should have been near the last petrol bunk. Will someone drive back to Pollachi or where ever, if they realized they did not have enough fuel.
Next there was a series of sign warning of wild animal crossing. Already in Pollachi, the tea shop guy warned not to travel alone on this road. After 5 km, I was a little scared. The weather was cold, I was riding all alone, pitch dark, head light was pointing left and all strange sound which only makes things worst.  I did not stop, kept going. No vehicle in sight.
Everything was fine for 16 km uphill. The then road turned bad, they had scrapped the top layer of the road to lay a new road. It was filled with gravel. Was getting difficult to ride. This route had 42 hairpin bend. Each one was getting tricky. Tyre was sliding on loose gravel. After 8 km on loose gravel, the road was fine again. Sigh.
The worst nightmare became reality.
After the episode with the gravel there was two problems. The chain was rubbing against the chain guard. The noise was getting louder. This will mean trouble if the chain link give up after being scrapped away by the chain guard. Had happened before, so had all the reason to be worried.
Next was the worst case, but came true. The tyre was still sliding. The bike was not giving up the straight line even on turns. Was still feeling like I am still on the gravel, but I was not. This means - Puncture. The gravel did its job.
I did not want to get down and waste time. Have 16 km to go to the next Petrol bunk. That does not mean I can have the tyre fixed. Still can have someone to share my sorrow 🙁 There was no one and I was riding all alone with a puncture tyre and a chain that can get snapped.
After a few kilometers, my fear was what if the tyre was flat and if I was still riding, it will cut the tube mouth. I have a 110/90 18 tyre, had it upgraded, if I dont get a tube to fit it, I will be stuck in Valparai. Or have to go with a new tyre and tube.
Got down, checked the tyre, it still have some pressure left. Another confusion, should I ride fast or slowdown. If the pressure is decreasing with time, riding fast is good. If I take on the bumps harder and loosing pressure due to that, riding fast is not good 🙁
Mudialla...
If the tyre ran flat, had decided to put  the bike to the side and rest for the night in the forest. I can live with wild animals, not a torn tube 😀
With all this running in my head I saw a car riding ahead of me uphill after a few turns. Was able to see the light when it takes the turn. Now, my hope was to get past the car so that if anything happens, I can have someone who will cross me.
After a few tricky maneuver managed to get past the car and maintained a safe distance ahead of it. Now have better lighting behind me 🙂
After 7km ordeal, saw a light of hope. In the middle of nowhere, there was a mechanic shop and the mechanic was standing outside the shop waiting for someone.
Divine.
I went past the shop, realized it was a mechanic shop and came back.
If you don't believe in fate, here you go. Try again.
This mechanic closes his shop daily at 7:00 pm. It was 8:00 pm and he was still open. When he was about to close, his friend, a cab driver had a call for a pick-up. He had asked this mechanic to wait until he returns. After dropping the people he had picked up, there was a bunch of college kids who hoped in to his cab, he had to then drop them and got late. He came in 5 minutes after I got to this shop.
The mechanic checked the pressure, it was 17psi. The mouth was good. 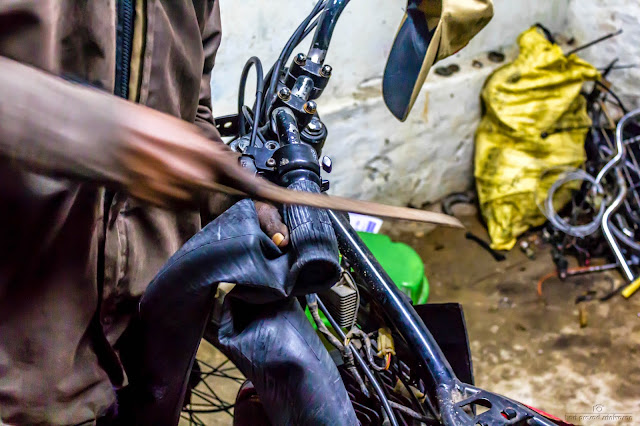 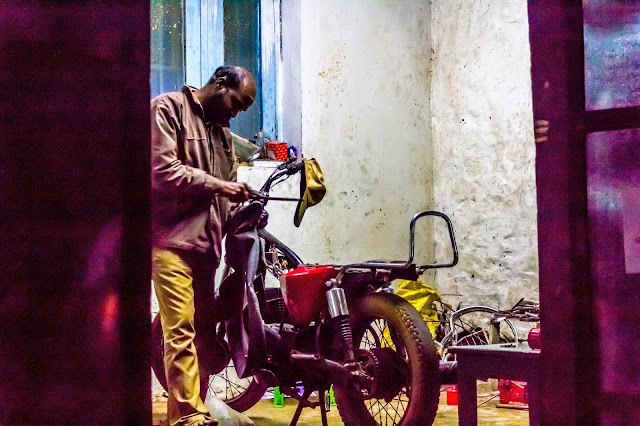 Was waiting for him to fix the tyre, had the time and light to try some long exposure.

The bike was fixed. He also fixed the chain guard problem.
Asked him how much it costed. He said Rs. 70. I said "What!". Asked him to keep Rs. 100. He wanted to return back Rs. 30, told him if he was not there, I would have been stuck on my way. Something held him back to help me out.
It was 9km to Valparai, was riding happily and the ride felt different after what had happened. Was able to appreciate the ride and the comfort better than what did before.
After 100+ hairpin bend from Avalanchi, reached Valparai, had to find a roof above me. Checked with some guys sitting on a sidewalk, they suggested JBR lodge. Only room that was available was a three bed room. He settled for Rs. 500 after I told him I will vacate in the morning. After checking the room, asked him when will I get hot water. He said, there is not hot water in this lodge :). One more problem to deal with 🙂 Not bad to be put up with 🙂
Today did not need the wisdom from great saints. Compromised on my selection criteria, choose a regular hotel, had 2 Dosa and called it a day.
Here is a mobile holder cum shirt hanger.
Before: 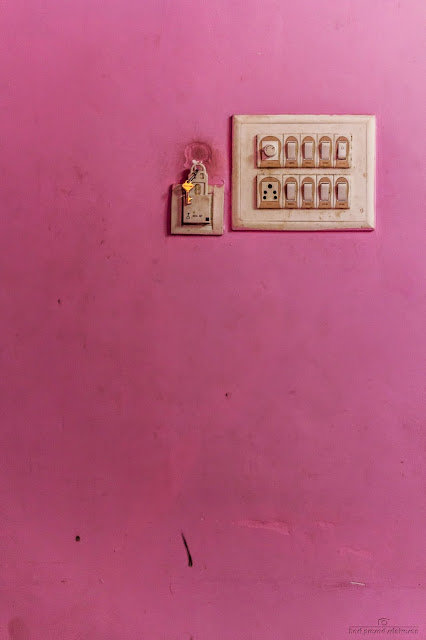 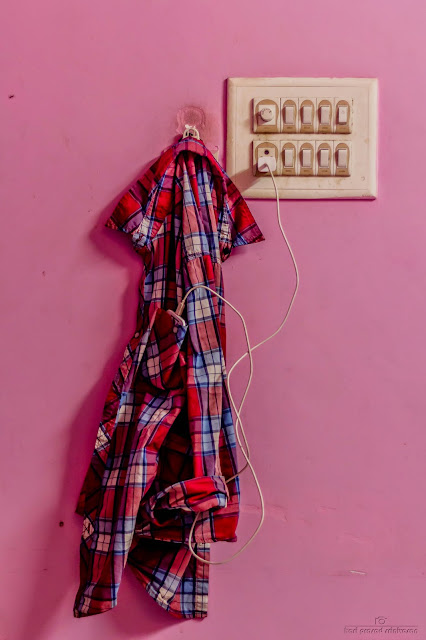