Nallamudi punjolai. I had no idea what this place was. Had it on the list I had, so found my way to it. My guess was, it is a garden.
The ride to Nallamudi Punjolai was the routine good one. Getting bored with these beautiful routes 😀
This place was guarded by forest rangers. This place also had a entry ticket. Better be worth it. Adult: Rs. 20 and for camera: Rs. 40. The same can be used for a day for other entry. I was only the fourth person to this place for the day 😉
You need to walk after the check post. Not a long one. 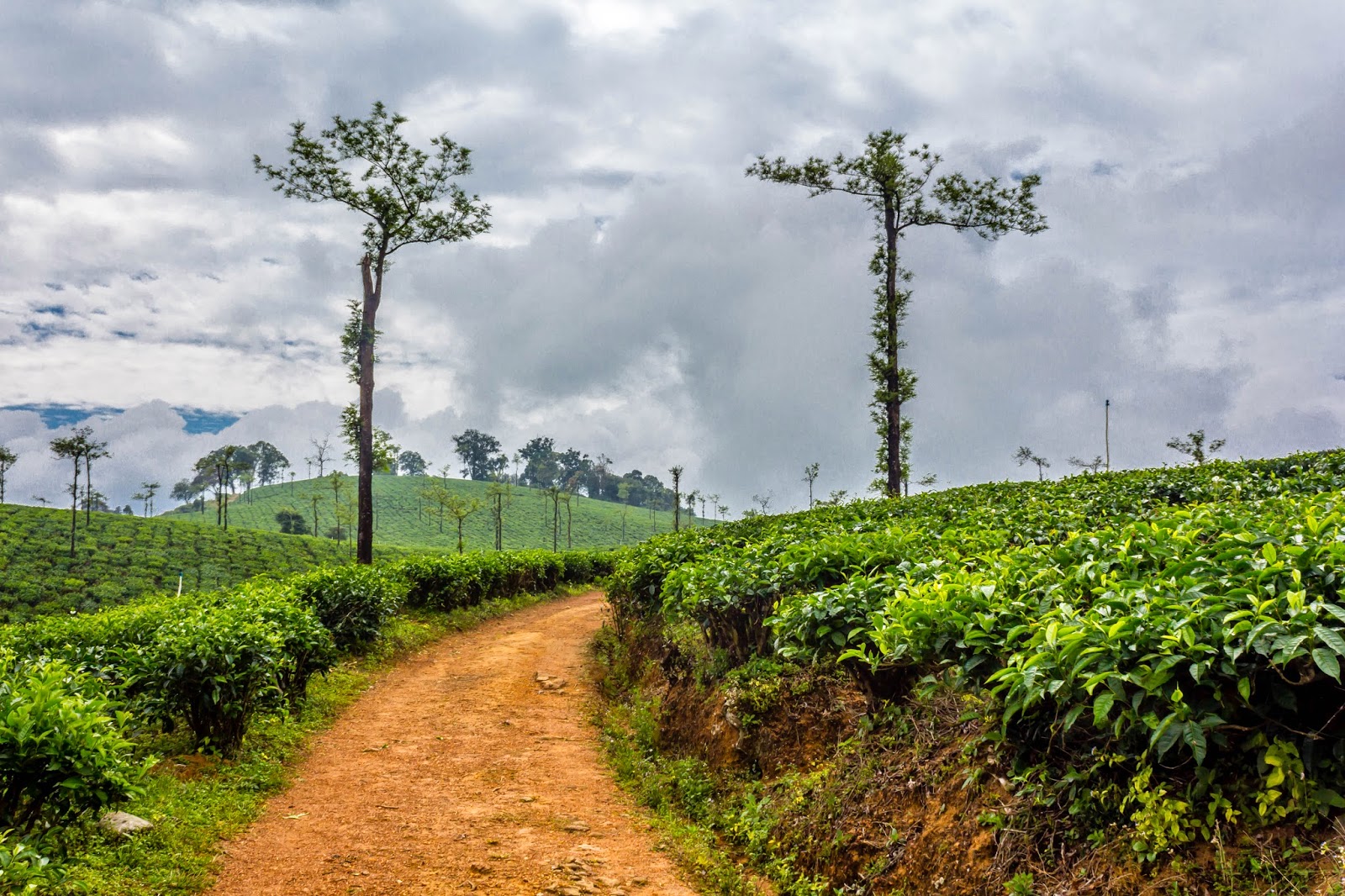 There were three roads that were splitting after a point. One was grassy. This one can be ruled out, people have not been through this one for a long time. Need to find between the other two. One was up hill and had some package covers on its way. Yea, cant miss this one. People have been though this route, and yea, nasty, useless, open dumping tourist having no sense of cleanliness.have been through this route 🙂

This was one more suicide point 🙁 Still the view was good. Not great as it was foggy when I reached there. 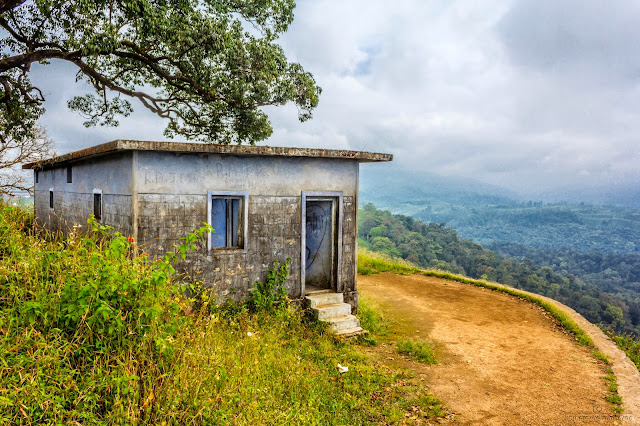 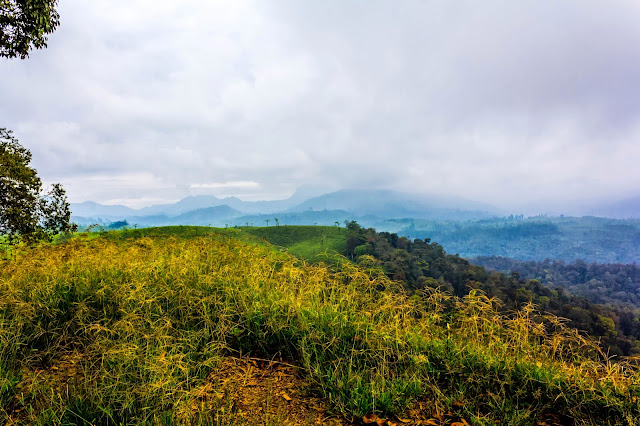 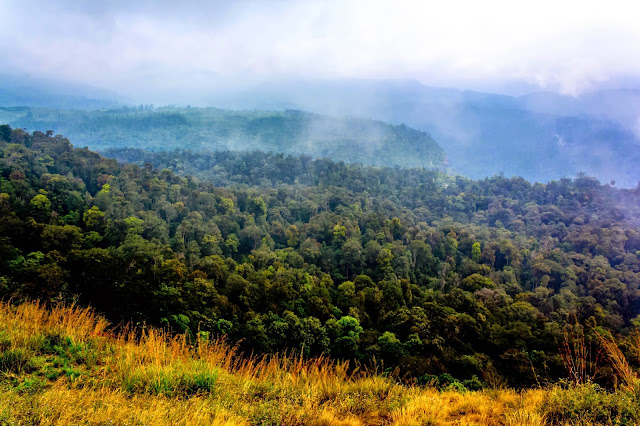 There was a sign board for a Murugan temple. 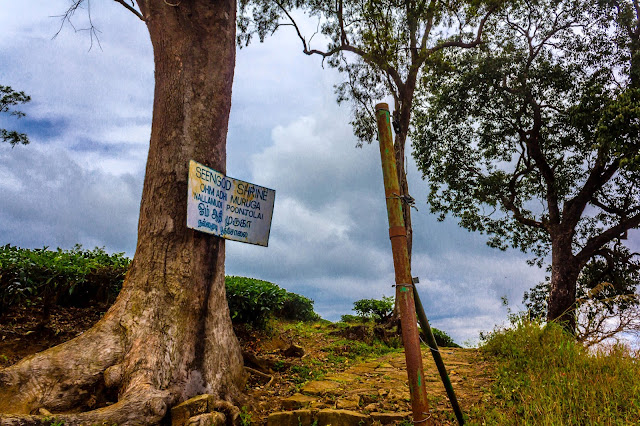 Was almost there and heard someone scream. It was getting louder the closer I went there. It was the priest in that temple. He was doing some ritual and was shouting some god names. I was not scared, but did not want to disturb him 😀 Turned back. Paid respect for Mururan from a safe distance 😉
Had to return to Valparai to go to the next route. Saw the Sidhi Vinayakar temple I missed on my way. 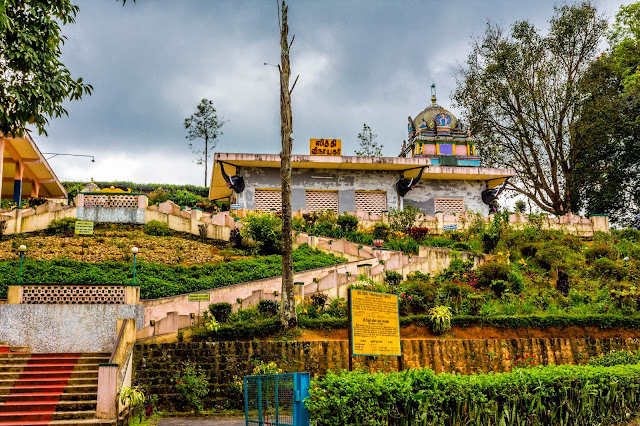 Returned to Valparai and had my lunch/breakfast. Got a call from mom to ask about pending paint work. This was the only time she called to check. She did not even ask me where I was. If she had, she should have got another one word answer.
Next was the Chinnakona route:
Kuzhankal aaru (Pebble river) was an interesting place. It was more a stream than a river, but the view was good and spotted few interesting composition around the place. 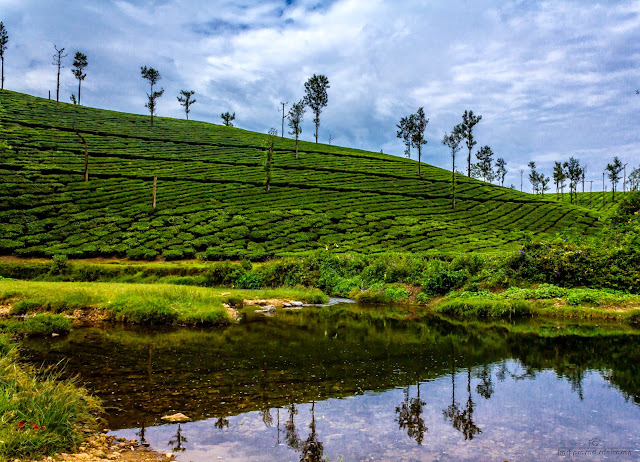 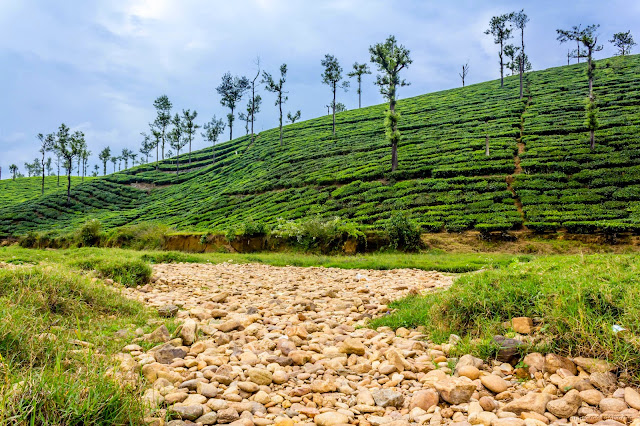 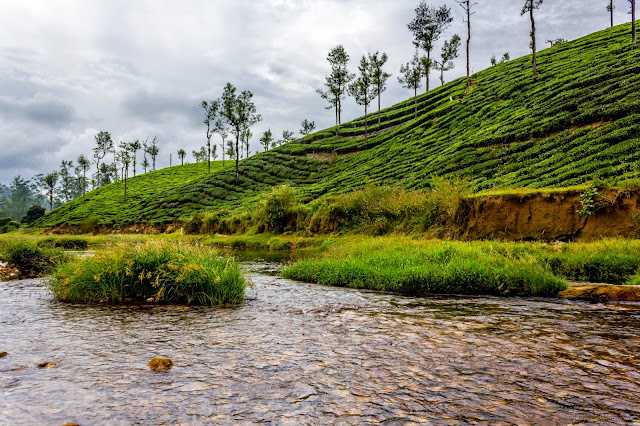 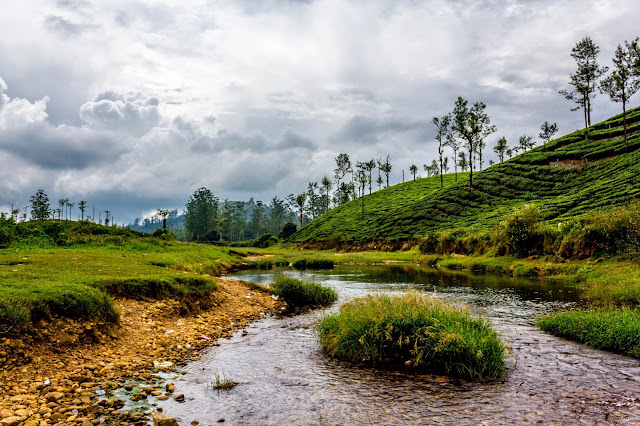 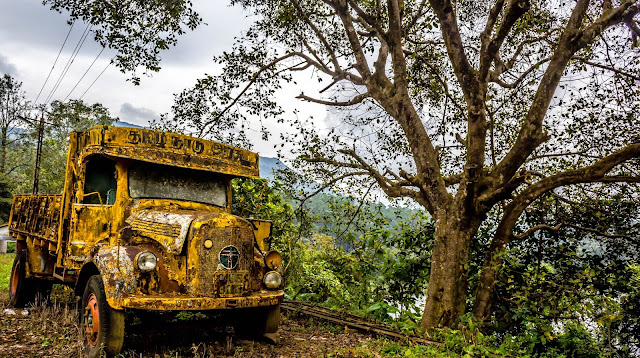 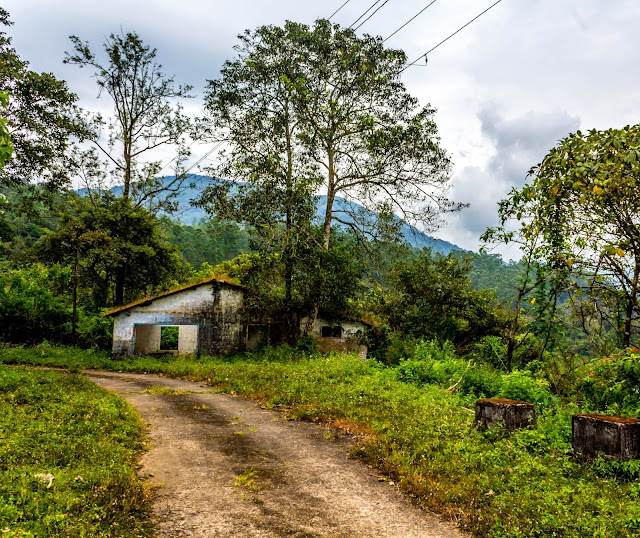 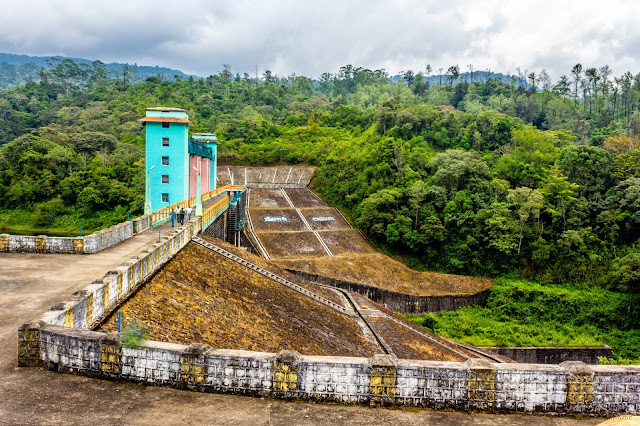 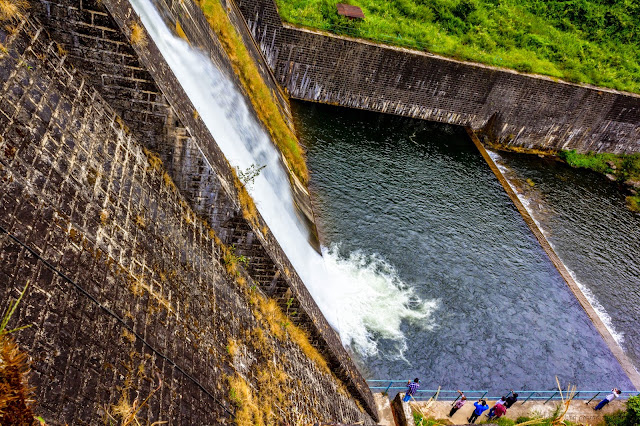 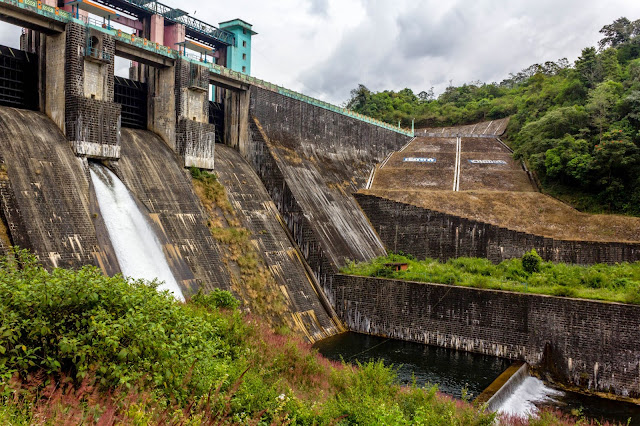 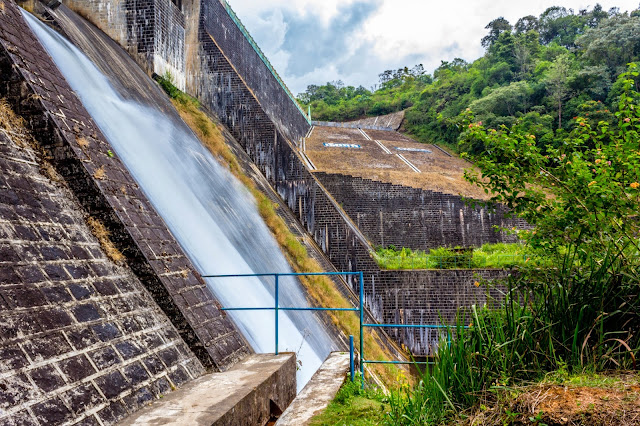 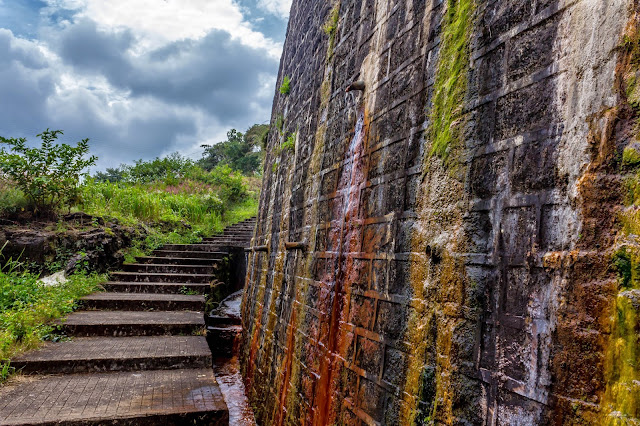 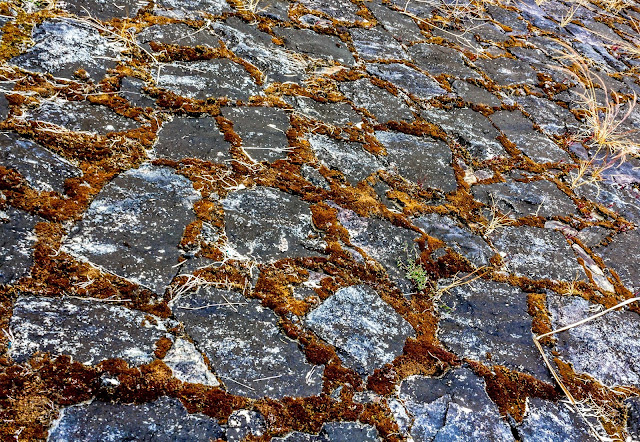 After Neerar dam, went back to Valparai again. Now I had one more route to cover, Balaji temple route and decided to head to Top slip. Came back to Valparai around 2 pm, started to ask around for the Balaji temple route. This route has Velankani temple, Erachal parai water falls, Akkamalai cross hills, Vellai malai tunnel and Congreve water falls. Was exited and was on the exit from Valparai to enter this route, then found this route is on the way back to Pollachi. It was only around 2:30 pm, I thought it was wise to start back to Pollachi and cover these places on my way.
Went back to the lodge to get my luggage. Told my plan to the guy in the reception. He changed all my plan.
He said to enter in to Top slip I cannot take my bike. There are no private lodge in Top slip and should have booked my place in a government tourist house. I have none. Top slip was slipping away from my list. I have no where to go, still had a day before my train it was all closing down 🙁
This guy asked me to see Solayar Dam. It was some second largest in Asia. 🙁 So what. I was planning on Top slip and I had to let it go. He gave another plan for Sunday. It was the to cover the Balaji temple route, go back to Coimbatore and spend time there 🙁
With nothing else to do, took on his plan. Went to Solaiyar Dam. It was a 20Km ride. Easily cruising at 60 on the stretch. 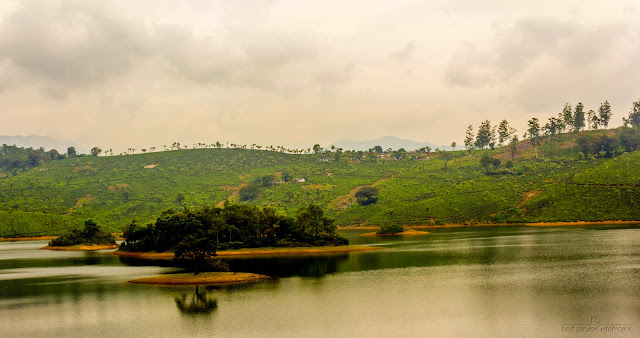 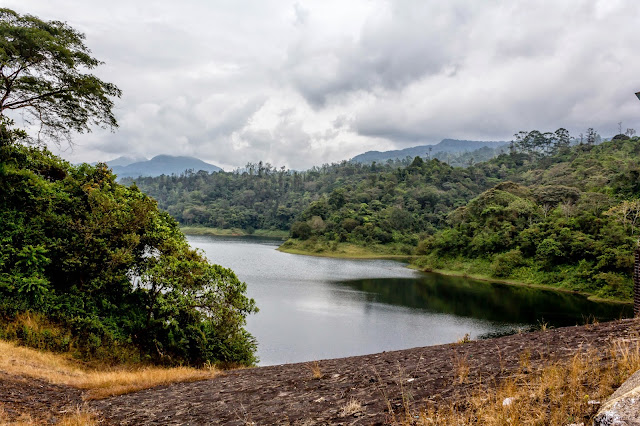