4th December 2014
It was 5 am. The alarm went off. Snoozed. Slept again.
After several snooze, got up at 5:45 am. The temperature was low :). Nice. Time for the sweater. Nah.
Time for a good tea. Slipped in to my loafers and walked out of my room. Went to the bus stand for my morning doze of tea. Good news, there is only one tea shop and tea shop had only coffee 🙁 Had a coffee and returned back to my room. Had to want till 6:30 am to get hot water. Waited on the bed, then realized I fell asleep and the time was already 8:20 am. Freshened up and vacated the room by 9 am.
Coonoor to Avalanche Lake (42 km):
I was not interested in Ooty. It will be crowded and commercial. Want a peaceful place. Pykara was on my list. But Harish had once said Avalanche Lake was worth it. So gave up on Pykara lake and decided to go to Avalanche Lake. Trusted Google map guided me. Avalanche lake is 40 km from Coonoor. Went past a beautiful Shiva temple.

The route was filled with note worthy view.

Was all alone, then was riding with 4 other bikers who were also looking for Avalanche Lake. Made it to the point Google map guided me to. Avalanche Lake was no where to be seen. There was a tourist office and a van painted with camouflage colors. Beyond this point bikes are not allowed. Had to take the van, the round trip will take 2 hours and will cost Rs. 120. I cannot get tied here for 2 hours. So gave up on Avalanche Lake. Set my monopod and took some pictures. 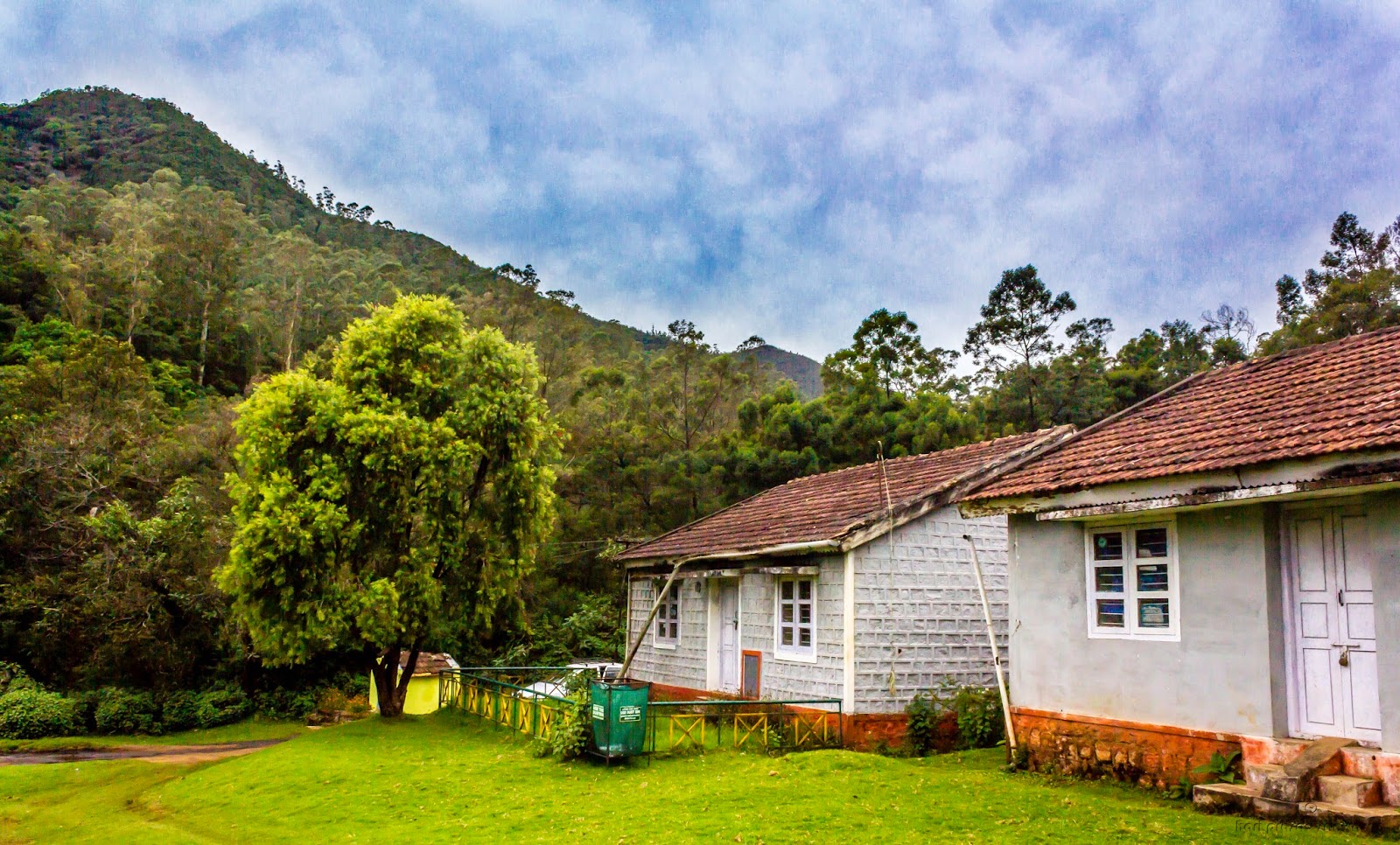 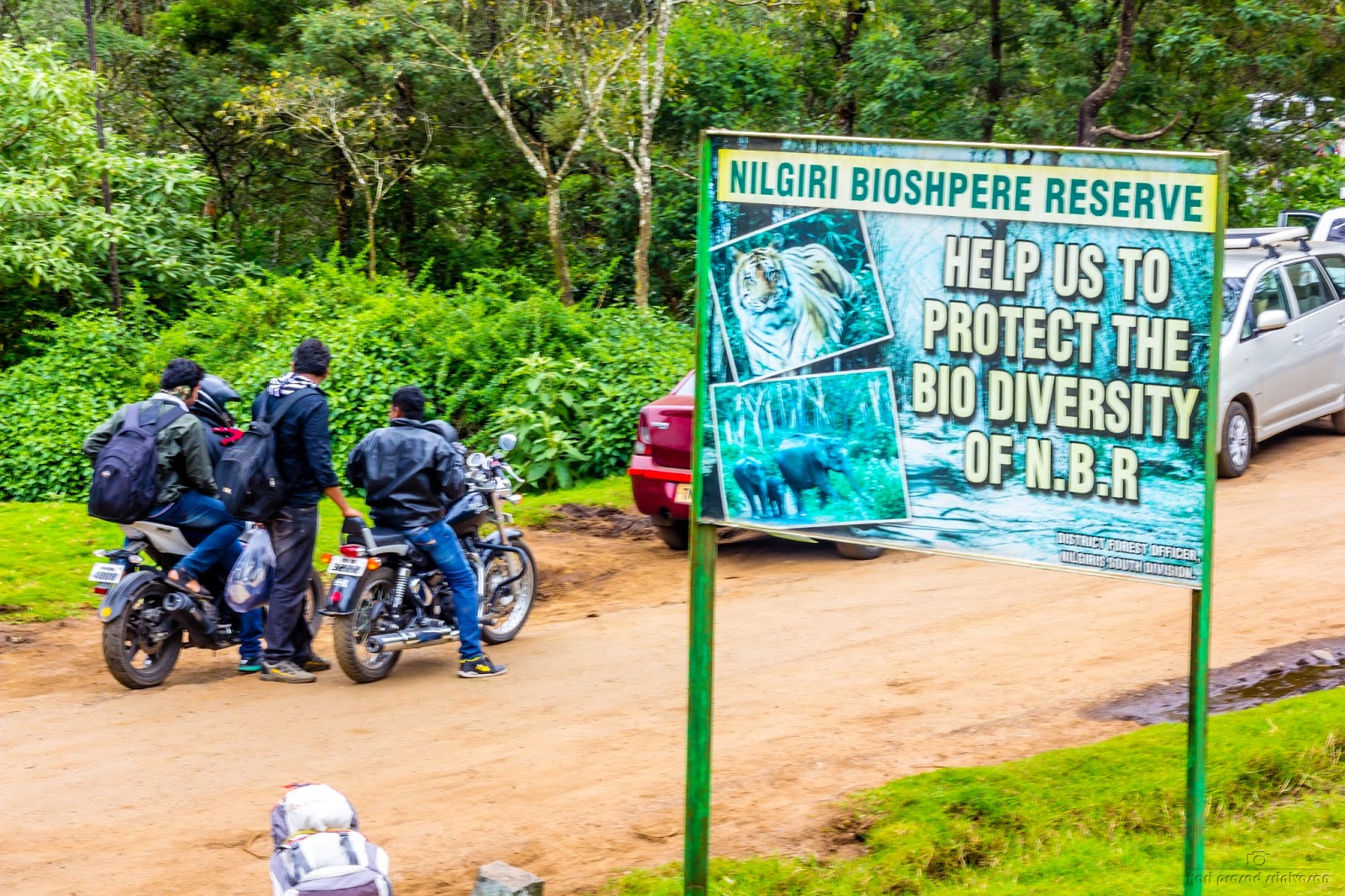 The whole ride from Coimbatore was for nothing as this was the only place I had in mind, or have to go to Pykara to fill in the gap. It is another good 42 km ride.
Spoke to few guys around and found there was a view point on the way back to Ooty, it is tricky to find, but worth it. Else, there is another spot left to Emerald Market, it is 3 km inside.
Went back the same route tracking all the landmark to find the spot this guy told me. Found nothing. To justify all the climbing, took a picture and turned back. 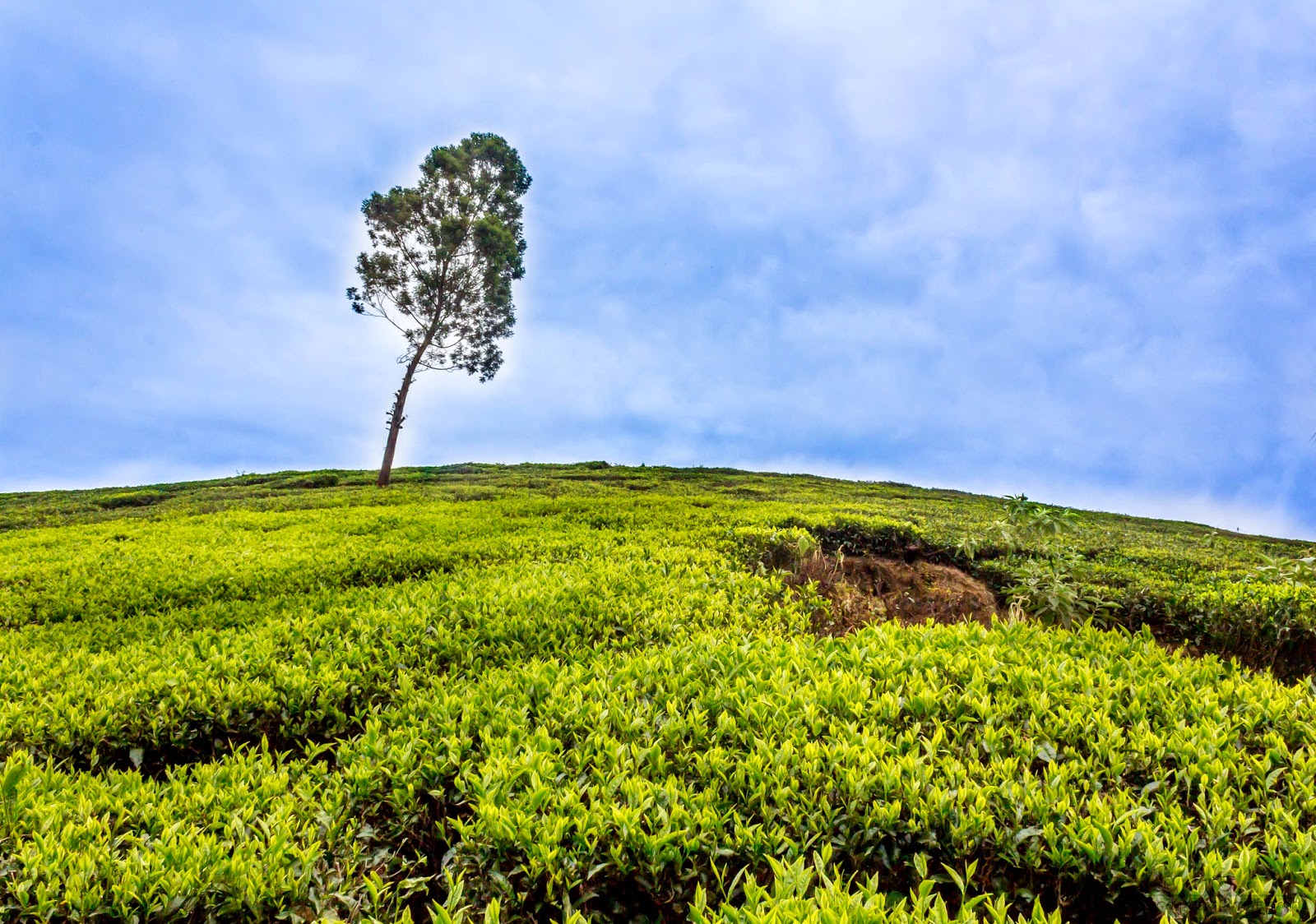 Now had to trust and find the next spot. Again followed the instructions and saw this beautiful place. I don't know if this was the place the guy had asked me to go to, but this was perfect for me to set my bike aside and enjoy the moment. 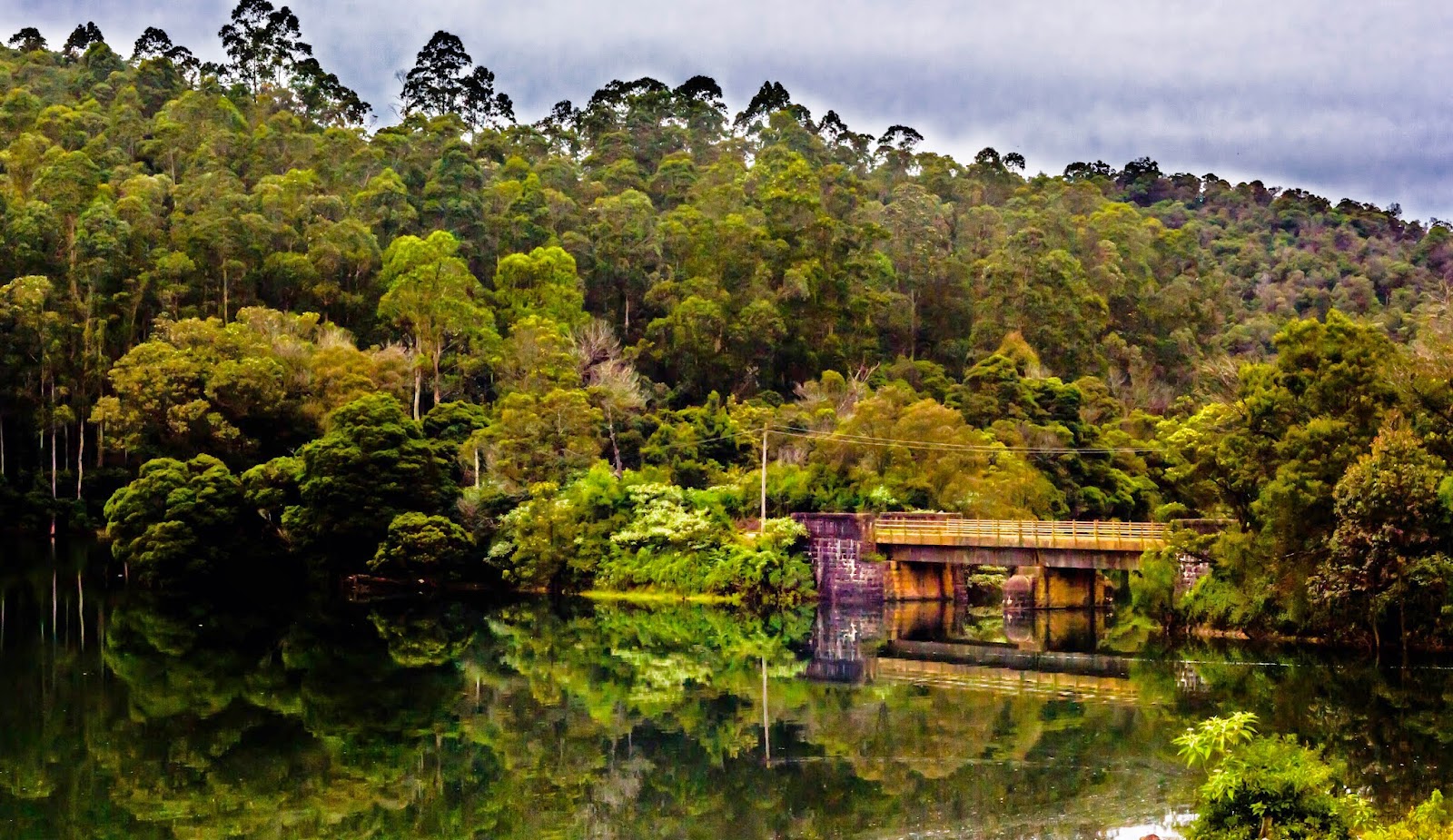 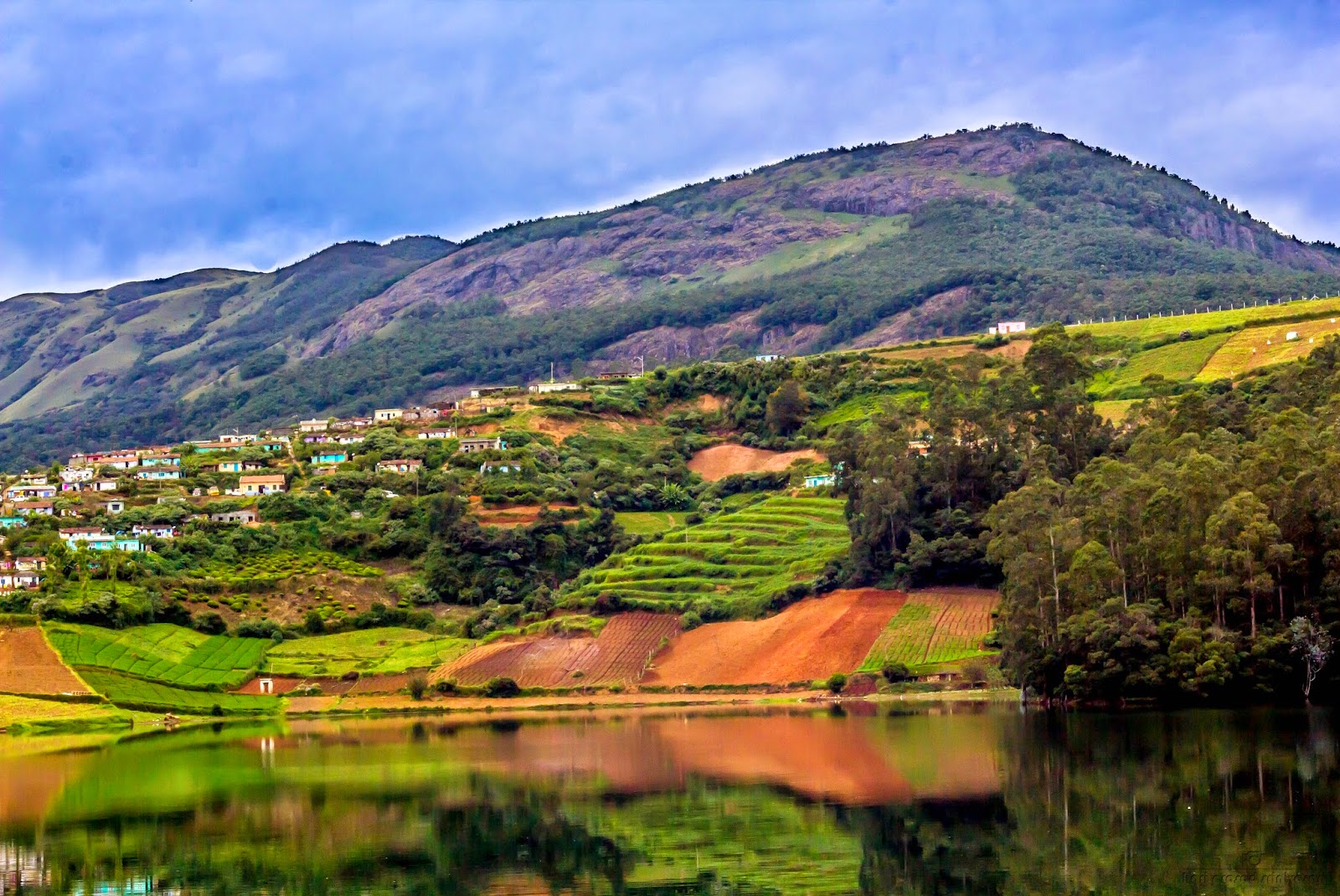 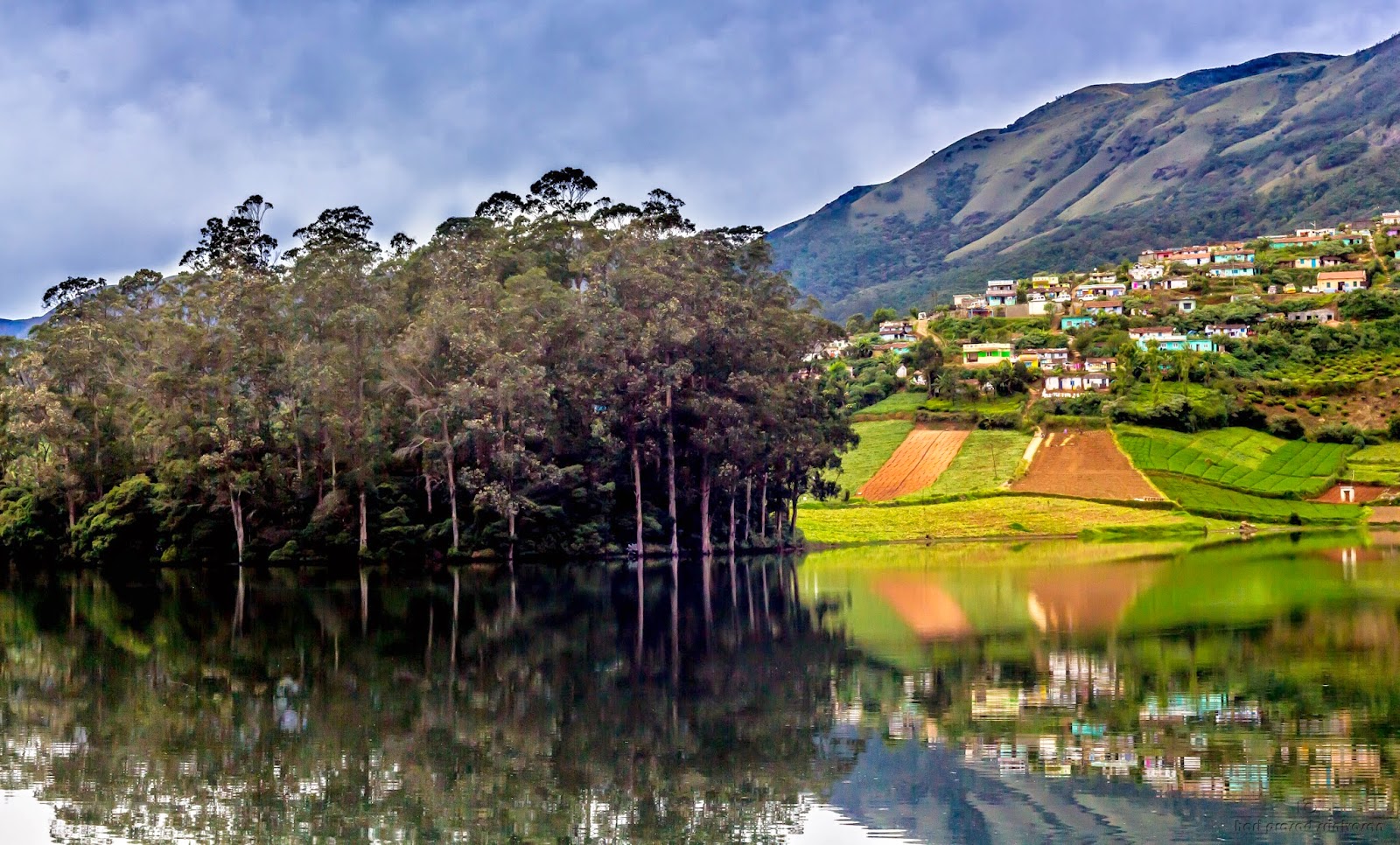 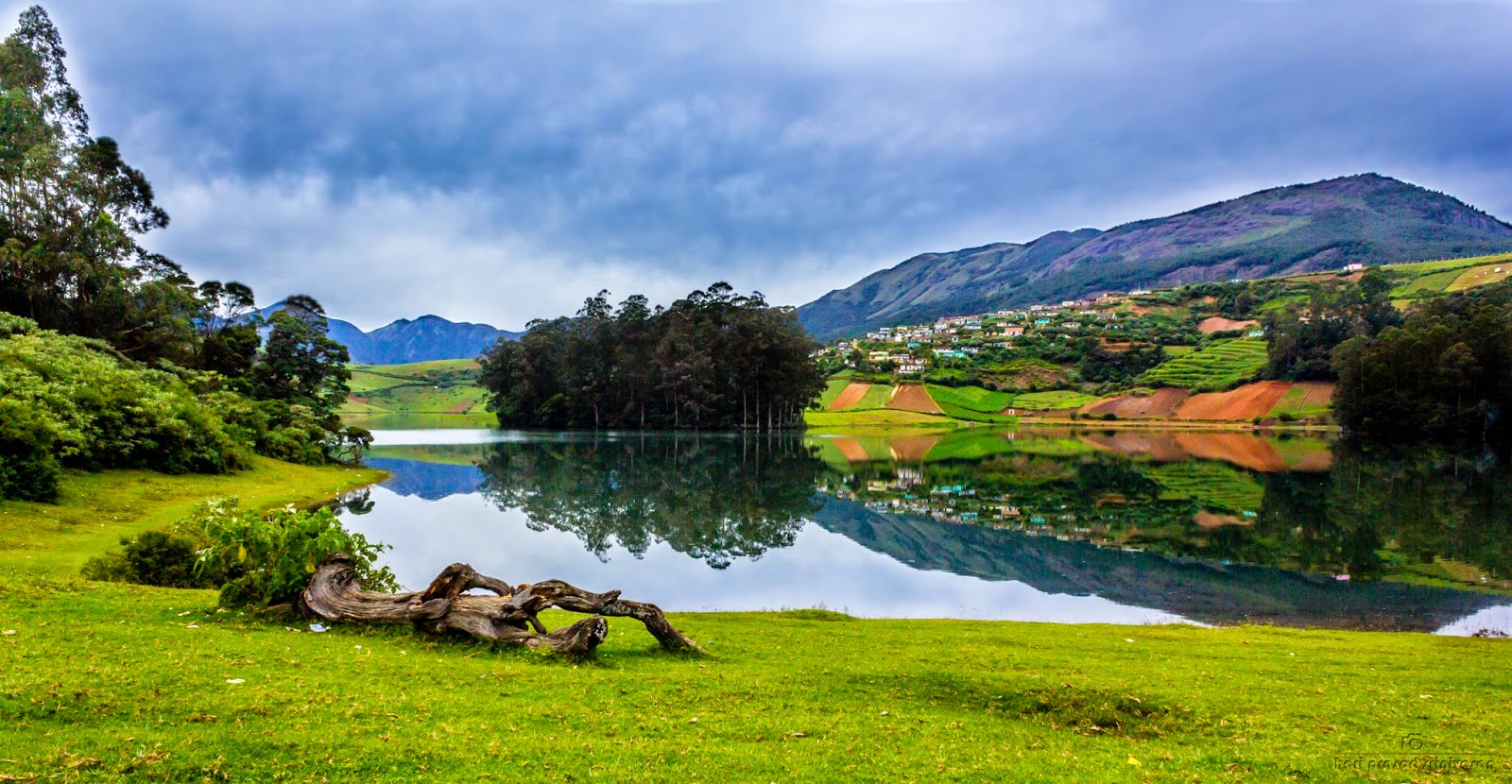 After I had my share of this place, two guys came to wash their bike in this lake 🙁 forcing me to remove the right side of this place to be off the composition. Then there was a bunch of school kids who made their way. 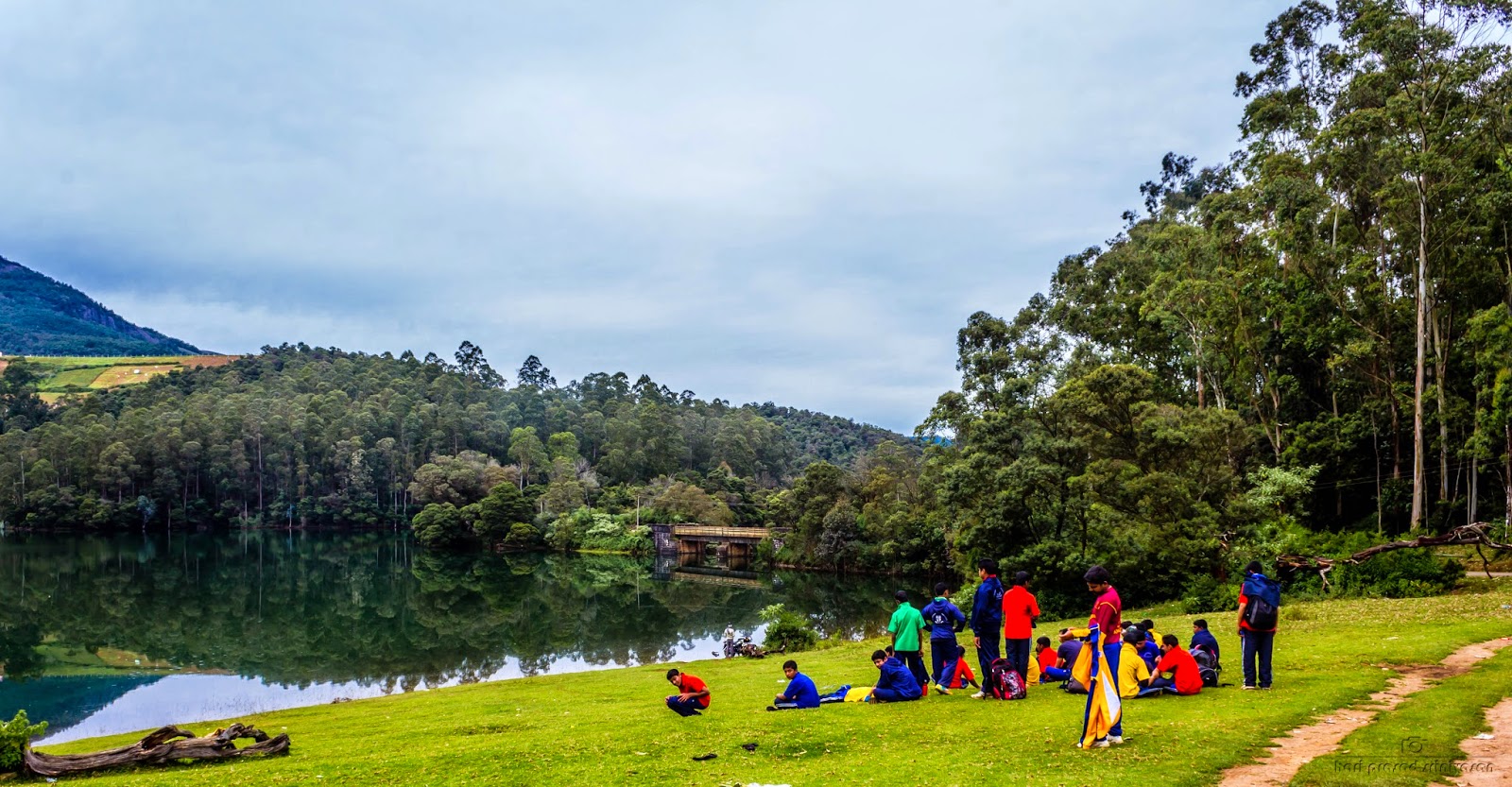 It was time to leave and find my next destination.
I could either drive down the other side of the nilgiris range and make it to Masanagudi and spend a night there. If I choose Masanagudi, I would need to come back to Ooty to return or have to go further in to Karnataka. I did not want to get tied to Ooty again. So decided to go south. If I go south, I can either go to Top slip or make it all the way to Valparai. If I make it to Valparai, I can come back to Top slip on Saturday and be closer to Coimbatore minimizing the risk of missing my train on Sunday.
Avalanche lake to Top slip or Valparai (184 km or 212 km):
Turned on the google map and set Valparai as my next destination. Depending on the time I reach Pollachi, I decided I will either go to Top Slip or go all the way to Valparai.
There was two ways to reach Coimbatore, to go to Pollache. I already came by Mettupalayam route, so wanted to take the Karamadai - Gudalur route. Every place I ask for the route, they divert me to Ooty - Mettupalayam route, as the Gudalur route was not that easy when compared with the other one. I did not want the easy way. I wanted to enjoy my ride. I stopped asking for Pollachi and stuck to Gudalur for the route whenever I missed a turn. In total this route had around 63 hairpin bend. Was a good ride. Road was also well maintained. 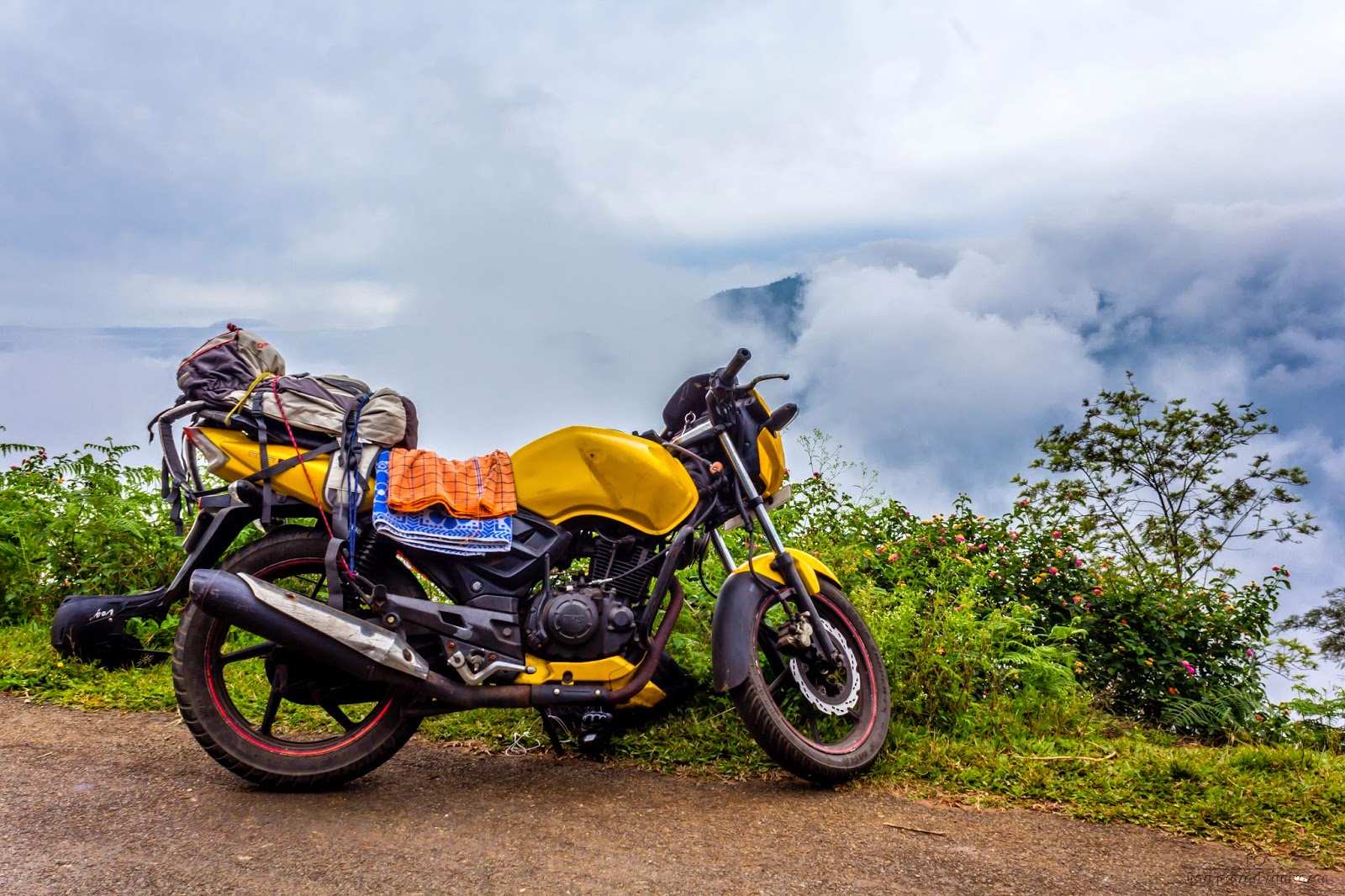 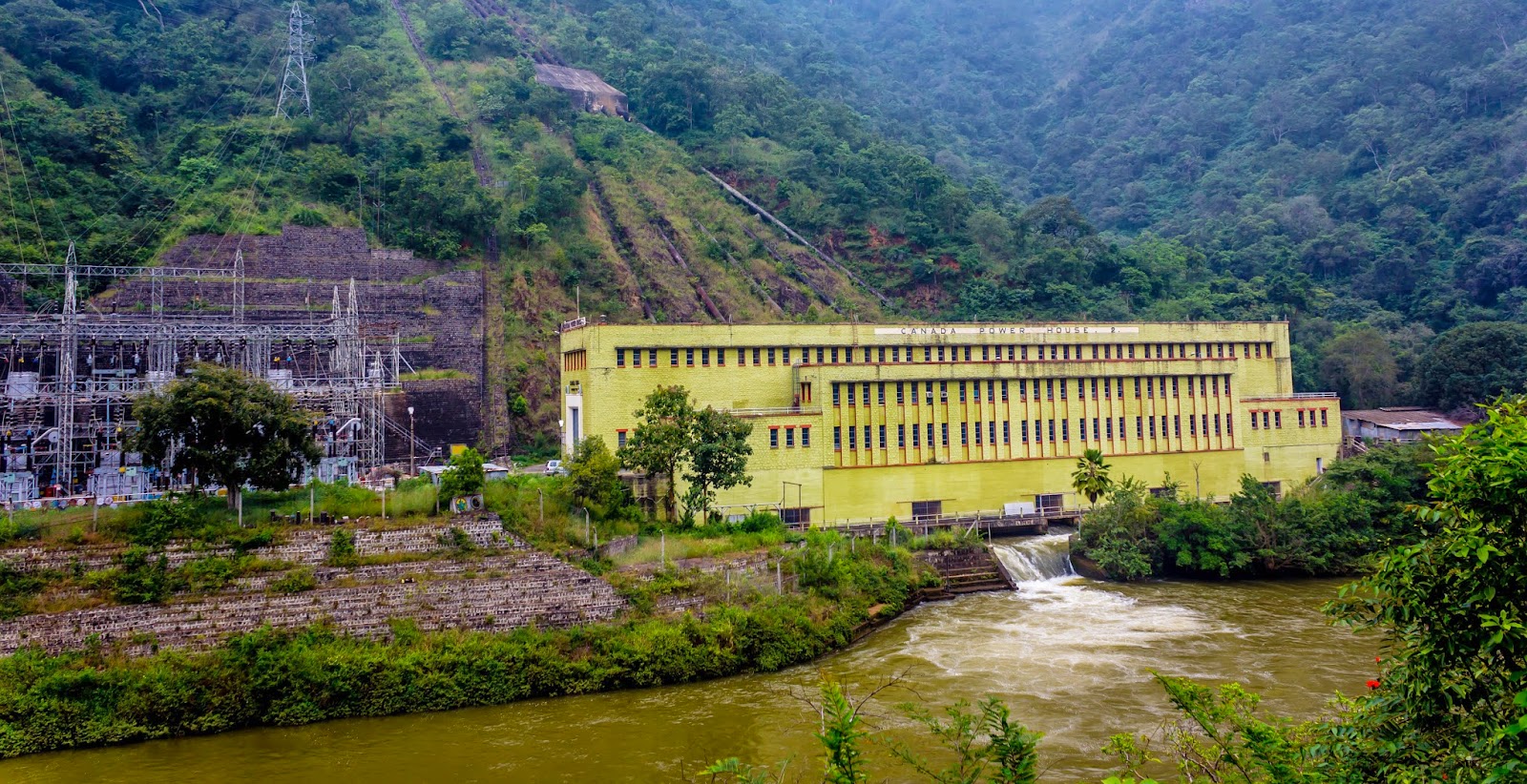 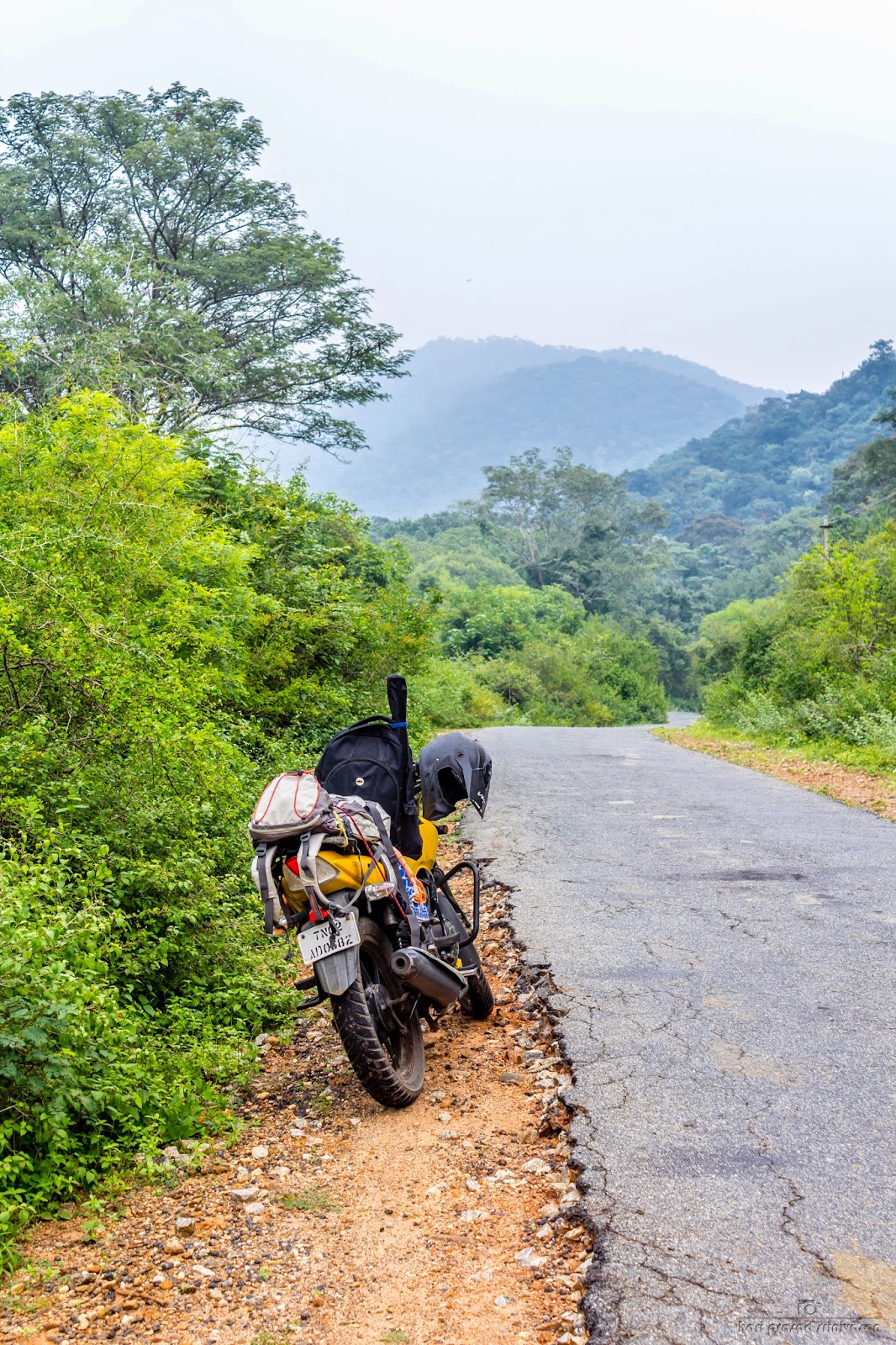 Had my lunch/Breakfast just before reaching Karamadai. Settled with Veg, to keep up with the Friday thingy (Again, thingy). It was about 4 when I was done. Still a long way to go, I am going to miss the sunset today as well, or will be somewhere in Coimbatore or Pollachi where it was no use to be for sunset. After navigating Coimbatore traffic, up and down the same bridge (This time on the right ramp), made it to Pollachi at 6 pm. Got down for a tea and bajji.
I was still need to make up my mind if I can go to Top slip or to Valparai. Sun was down. Why settle for something simple. Decided for Valparai.
Keep reading