Day 5: Roaming in Udaipur, pit-stop in Ajmer and rest in Jaipur

1st December 2017
<< Planned Unplanned Trip V Index
<< Deciding on the location and preparing for the trip
<< Day 1 & 2: Chennai to Hyderabad for Biryani and off to Aurangabad
<< Day 3: Exploring Ellora caves and change in plan
<< Day 4: Roaming in Indore and rest in Udaipur
>< Day 5: Roaming in Udaipur, pit-stop in Ajmer dharga, amazing street food and rest in Jaipur
>> Day 6 & 7: Roam in Jaipur, change in plan and left to Agra the next day
>> Day 8: Roaming in the magnificent Agra and leave to Delhi
>> Day 9: Plan to exit and roam in Delhi
>> Day 9 took me in to 10, with trouble parceling the bike by train and challenges at every turn. Best experience.

Got up at 7 and caught the sunrise. The temple gopuram also was inviting. 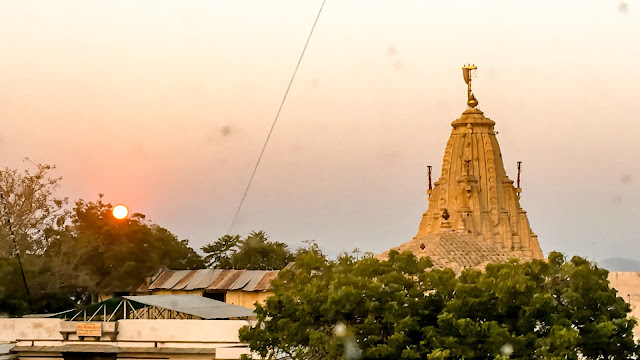 With Udaipur palace opens at 9 am. I was out already by 8 am. Went to the Jagdish temple. With more time, was asking for more places to see and was guided to a near by Jain temple. On the way back, there were a couple of small shops with good amount of people crowing the place. Went to the first one. Had some amazing Dhokla, not being able to enough of it had to order one more. Next was a plate of Poha. I instantly became a fan of Dhokla. On the way back, I was not able to resist to venture in to the next shop. There had some good Kachori, they had two variety, tried both. Still mouth watering thinking and writing this.
It was 9 already, visited a Ram temple on the way and went to the Udaipur palace. Entry was Rs. 300 for the palace and another Rs. 400 for the boat ride to the Jag Mandhir, which is located right at the middle of the late.
Udaipur palace was worth every penny. One of the best maintained palace  that is open for public. Was told it is maintained by pvt and not by the gvt. Answers why the place is well organized and also the ticket cost. 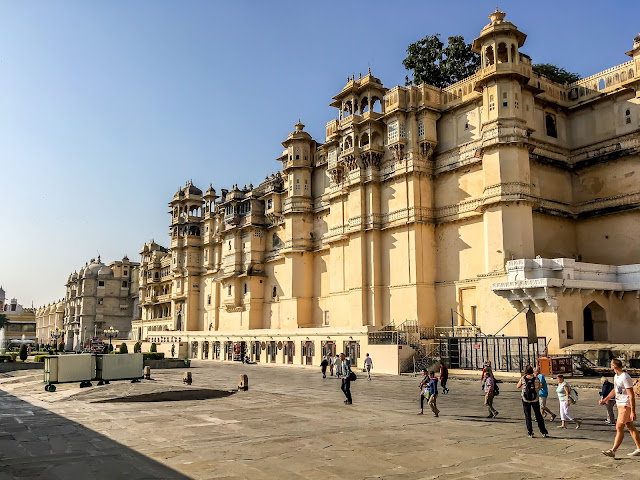 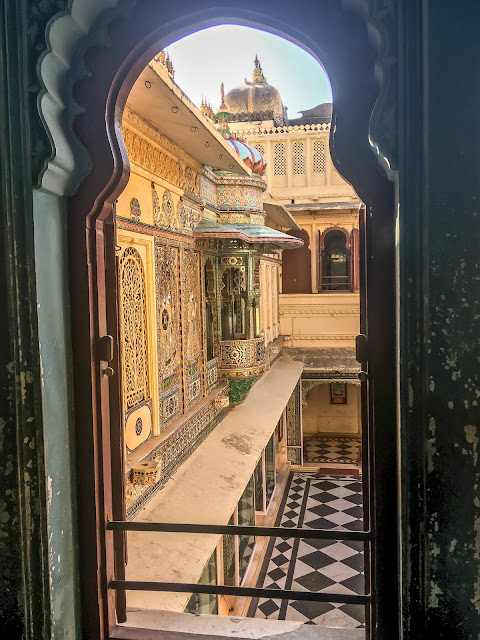 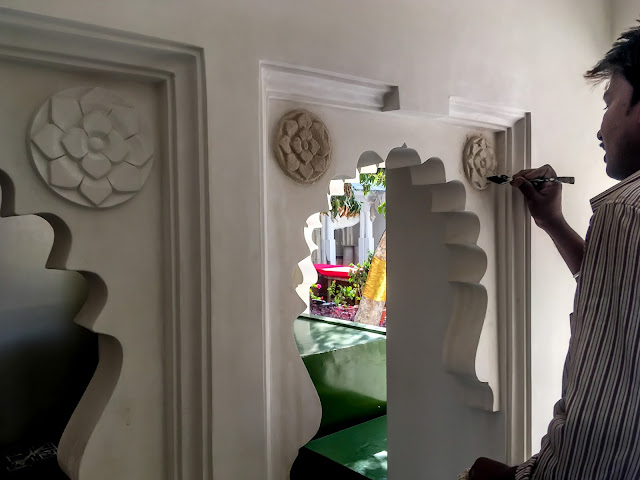 Ride to Jag Mandhir was worth for the view of the city and the palace. Except that, Jag mandhir itself was not worth the time and the cost. I could have skipped, but the curiosity kills the cat.
With all the places covered, packed and started from Udaipur at 1 pm. JIT one hour late for Check-out. The hotel guy did not charge anything additional thankfully.
My next destination is Jaipur. On the way, had a stop in Ajmer. Reached Ajmer by 5:15 pm. This place was stuck to my head from the “Unakenna venum sollu” song. One song that will push you to travel. With the help of Google, had marked Ajmer Dharga. It took me in to narrow streets, hoping to catch some wider roads, it took me in to this much narrower maze. I was right at gate# 3 of the dharga on my bike. I was stuck in this sea of people. Came to know that parking is much farther away and I need to get a auto to come to the dharga. Google never told me about it and got me here already. 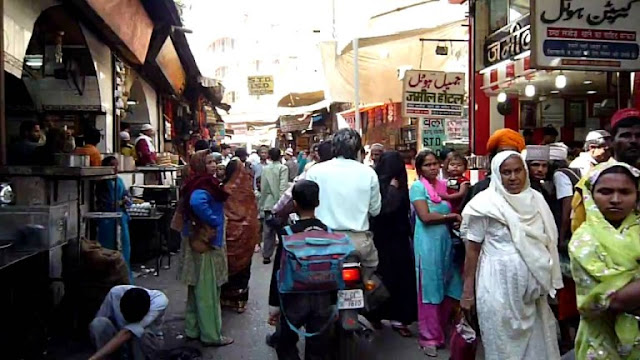 There was absolutely no parking available. Road was already choking with people. A flower vendor had asked me to part my bike in a tight street and leave my bags in his shop. I parked my bike and went to his shop with all my bags. He wanted me to buy a cloth and flowers for dharga. I told him I can pay to look after my bags, but don’t intend to buy anything. Then came the real deal, he informed that there is a cloak room right opposite to gate# 3. These streets were filled with small eat out places.
Unloaded my stuff in the cloak room. Went to the Dharga, was able to make it in and out within 20 min. 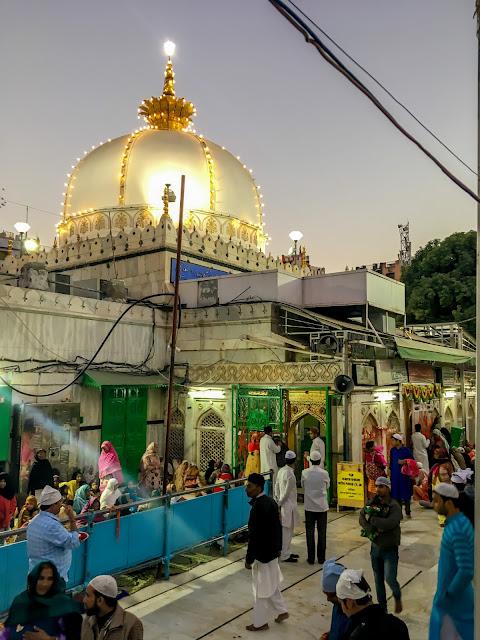 With the streets tempting, selected a place  that had some good crowd, if I can see some old people, I can trust more. They spoke only Urdu, menu card was also in Urdu. I placed my order with much trouble. Had some good naan and tried different sides here. My stomach was done, but not my heart. Went to one more, much smaller place and ordered their biryani and a side. Completed that too.
Started from Ajmer at 6:50 pm and reached Jaipur at 9:20 pm. I was not sure if I will stay in Jaipur for one day or two days, booked the room for one day, not to get in to the same situation as in Aurangabad. Wanting to try some food, ordered just a starter and had.
Went to bed at 12.