Day 9: Planning the exit and Roaming in Delhi

3rd December 2017
<< Planned Unplanned Trip V Index
<< Deciding on the location and preparing for the trip
<< Day 1 & 2: Chennai to Hyderabad for Biryani and off to Aurangabad
<< Day 3: Exploring Ellora caves and change in plan
<< Day 4: Roaming in Indore and rest in Udaipur
<< Day 5: Roaming in Udaipur, pit-stop in Ajmer dharga, amazing street food and rest in Jaipur
<< Day 6 & 7: Roam in Jaipur, change in plan and left to Agra the next day
<< Day 8: Roaming in the magnificent Agra and leave to Delhi
>< Day 9: Plan to exit and roam in Delhi
>> Day 9 took me in to 10, with trouble parceling the bike by train and challenges at every turn. Best experience.
Day# 9: 26th November, 2017 (Sunday)
Plan for the day it to go around Delhi, before that make sure everything is in place to send the bike by luggage.
First things first, went to the railway station to understand the process. Brokers outside were asking for 6K to send the bike from Delhi to Chennai. Had to avoid them and go to the counter. Was asked to book a waiting ticket from the counter (online will not work). Get RC and insurance copy. The cost will be about Rs. 3000. Can come even one hour before the train and can send the bike in parcel. Train of Choice was Delhi to Pondycherry (Train# 22404), starting at 11:45 pm.
Waited to book the ticket, was let to book the ticket only after Tatkal booking was done, which started only at 11 am. There was no separate general queue and everyone has to wait. I did not see any logic in it. The train was already 5 hours late when we booked the ticket.
All this took until 12 noon. Then we went to Red fort parked  the bike and walked in to chandni chowk. Just one mess of a place, which will make sense only to trained eyes. Like a moden art, you look at it the way you can understand. We being hungry, food was in the radar. Had some Aalu paratha, lassi and a street dessert over loaded with saffron flavor. Then went to Red Fort. Again long queues to get the ticket, it is then we noticed that the tickets were also available online. Quickly booked the ticket online, got the QR code scanned and went in. This fort was just massive. One of the largest until now. 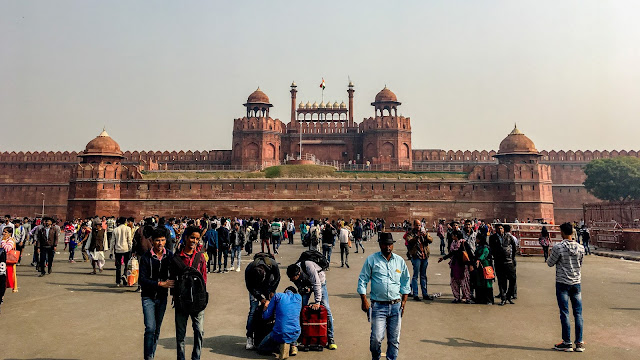 After Red fort, next stop was Humayun Tomb. Again an impressive structure, almost similar to the Taj, but not grandier like the Taj. 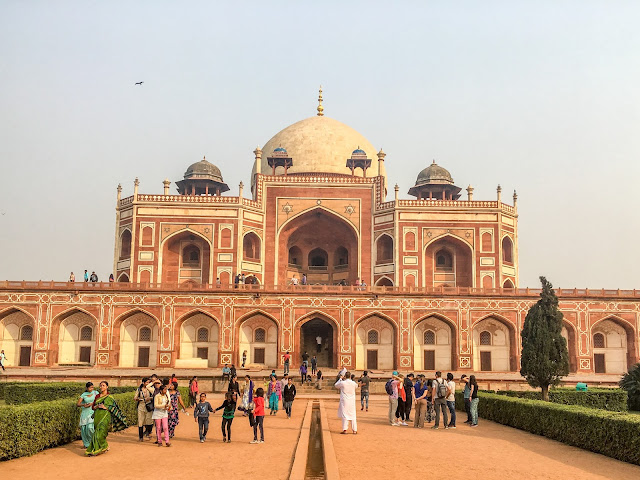 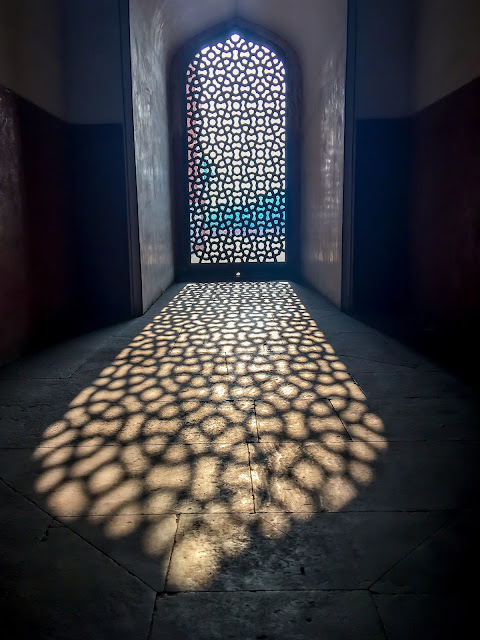 Next was Qutub Minar. It was 30km ride, we decided to go by the Metro. Qutub was impressive in its own way. The scale of this structure and the effort put in to keep it in shape during different time was just amazing. It was a real breath taking view from every angle. 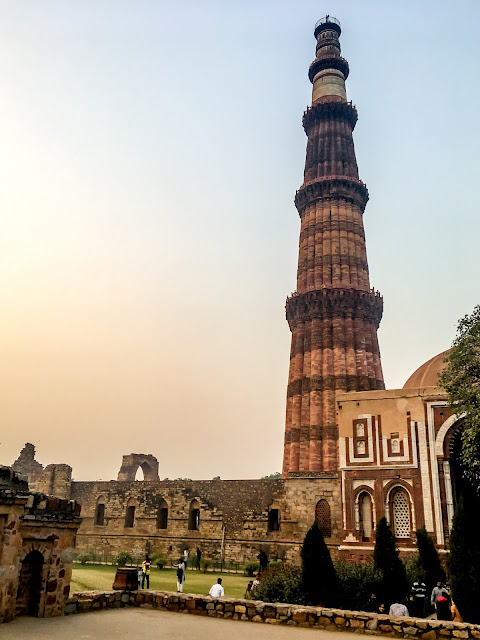 We were done with Qutub minar by 5:30 pm, next was to pick up the bike. Went for shopping in Chandni Chowk, got lost in the Paratha wale street, came back to buy dinner (Veg) from here. Went to room, dropped everything and went to the railway station.
It was 9 pm,  the train was at 11:45 pm. Quiet on time. On the way we checked with some street food vendors (non-veg) on when they will close the shop, they said at 11pm. Wanted to come back to check their stuff once I am done with the bike.
Then the roller coaster ride of troubles started. If you are planning to pack your bike by train, few of these points may help you.